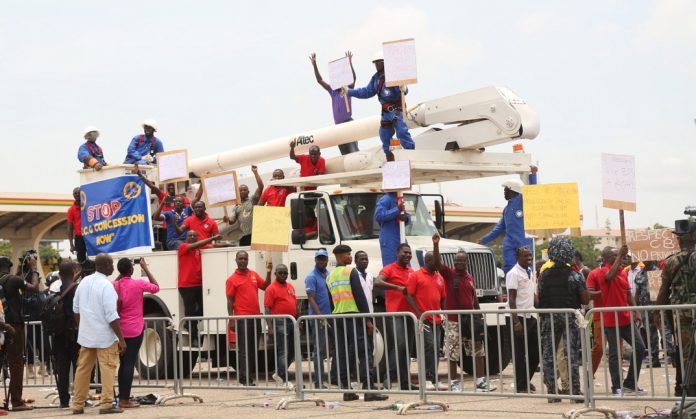 Under share offerings, some firms are sold privately to a selected group of investors and/or some may be sold at public stock offerings. At the other extreme end of the spectrum, shares are widely distributed to the population, at very low prices, in voucher privatizations. As part of its transition from communism to a market economy, Czechoslavia pioneered the concept of voucher privatizations in the early 1990s through the free distribution of vouchers of an initial value approximately equal to one-half of annual average income. Czechoslovakia’s privatization program transferred to private ownership most of industry and services and about half of the financial sector in less than three years. Six million people became shareholders in this process.

In 1987, the South Korean government adopted a broad-based ownership scheme for its privatization program, dubbed the “People’s Share Program” (PSP). The PSP had two primary objectives: (i) redistribution to low income groups; and (ii) to distribute ownership as widely as possible. These objectives were met through the transfer of over US$8 billion of enterprise shares (minority stakes only) in seven major SOEs to the population — in particular, low income segments — through public offerings over a period of five years (1988-1992).

More conventional mechanisms are the public sale of shares on the stock market, either using auction sales or fixed-price sales. In the 1980s, the United Kingdom — given a well-developed capital market — followed a policy of spreading share ownership, by favouring small share applications. In 1984, more than 90% of British Telecom’s (BT) workers bought shares of BT when it was privatized. In the South Korean program of public sales, low-income groups were eligible for significant discounts on share purchases. Malaysia used a collective investment scheme to redistribute wealth via under-priced privatization issues to the majority ethnic group that was economically underrepresented.

Writing on what he described as “democratic privatization”, John Moore, who was secretary to the UK Treasury from 1983 to 1986 and was in charge of the first wave of the UK’s privatization program, opined that:

“Without our determined policy of widening the market for shares, large-scale privatizations could hardly have succeeded. But widening the ownership of industry is an end as well as a means. Indeed, the issue of ownership lays bare the philosophical divide between those who seek to concentrate power, wealth, and decision making into the hands of the state, and those who believe in spreading them so that more and more people will have a genuine stake in the community.”

In his 2019 book titled: “Foundations of Airport Economics and Finance”, Hans-Arthur Vogel defined privatization “… as a long-term private risk investment in terms of an equity stake, a … lease or concession agreement, or a “build, operate, and transfer” (BOT) franchise.”

The privatizations discussed above fall in the category of the permanent sale of state assets to the private sector. They are different from a lease or concession, which is a temporary form of privatization. Ghana chose to privatize ECG through a 20-year lease or concession. Whether it is permanent privatization or temporary privatization, the goal of a government — if it does not want to promote broad-based ownership as was the case in, for example, the UK, Czechoslovakia or South Korea — should be to maximize the proceeds from the temporary or permanent sale of the state-owned asset (i.e., ECG in this case).

In broad-based privatization programs, shares are typically under-priced, ostensibly to make them affordable to many people or to achieve populist political goals. Outlining the elements of broad-based privatization, H. Kwasi Prempeh, Executive Director of the Center for Democratic Development (CDD-Ghana), in an article on his Facebook wall stated that:

“… “local ownership” rules reserving a stated percentage of equity in privatisation or private-public deals to nationals must proceed, at the minimum, on the basis of: (1) a clearly written policy and legislative framework, not by means of ad hoc, selective discretion; (2) equal opportunity for all eligible, interested, and capable nationals to acquire the offered interests; (3) a credible, transparent, competitive process, free of conflicts of interests, for determining the terms of the deal and for selecting the winners, not some shadowy, opaque, backroom wheeling and dealing; (4) prompt payment for the full value of the equity participation acquired; and (5) full disclosure of the beneficial owners of the interests acquired.”

Ghana did not opt for private broad-based ownership of ECG, for example, through public share offerings. Thus, its objective should have been to maximize the proceeds from sale. By increasing the Ghanaian equity participation from 20% to 51% which apparently resulted in the withdrawal of four of the six shortlisted applicants and disqualifying the BXC consortium, the government effectively opted to sole-source the 20-year concession to Manila Electric Company (Meralco). In fact, according to Millennium Development Authority (MiDA), the government’s procuring entity, “The BXC consortium was disqualified prior to the financial evaluation.” Thus, there was no competitive bidding or procurement contest to determine how much a bidder or consortium was willing to pay for the 20-year lease of ECG’s assets. Opting for sole-sourcing was not a standard or a likely revenue-maximization strategy.

Why was there not a competitive procurement in which various firms (in a consortium with Ghanaians, if necessary) bid for a 20-year lease of ECG’s assets with $500 million being the minimum price, what is known as a reserve price in an auction? Then the proceeds which would have at least been $500 million would have been given to the winner of the contest (subject to monitoring) — in the same manner as the USA’s $500 million — for investment in ECG. Under this arrangement, the winner would have had to pay its bid (at least $500 million) upfront to the GoG (just like in the case of permanent privatization) and GoG would not have interfered in its internal affairs. This would not have affected the Bulk Supply Agreement under which the winning consortium has to pay ECG for the supply of power to enable ECG pay the generators of power (i.e., VRA and co) nor would it have required a bank guarantee for the lease payment. ECG’s assets would not have been transferred until the winning consortium paid its bid in full.

Atsu Amegashie is a D&D Fellow at CDD-Ghana. He is a Professor of Economics at the University of Guelph in Canada and a Fellow of the Center for Economic Studies and the Ifo Institute for Economic Research (CESifo) in Munich, Germany and the Tshepo Institute of Wilfrid Laurier University, Canada. His fields of specialization are Public Economics, Development Economics, and Microeconomics.