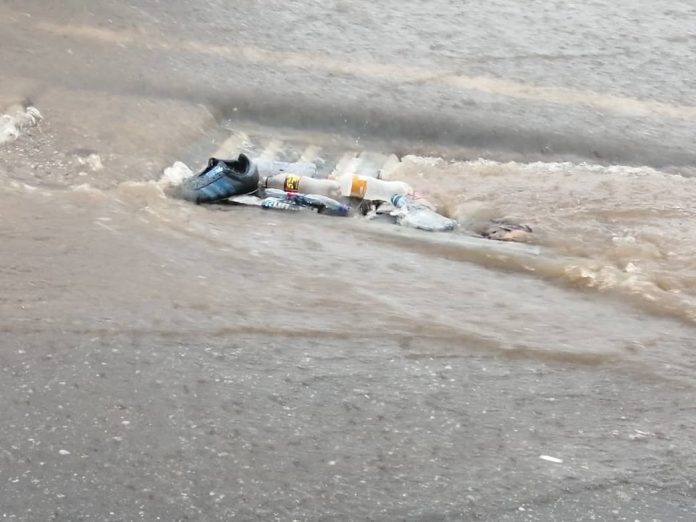 Many people, especially residents in Accra and its environs had wished the unusualness of the raining pattern this year would not have also resulted in the unusual effects of the rains on people and their communities, but unfortunately even worse has been the case this time around.

The rains of this week have badly exposed our president, Nana Addo Danquah Akufo-Addo’s weak leadership, his empty promise for Accra city; as well as his lack of proper planning to meet the demand of this year’s rainy seasons for our communities. Questions are now being raised about the work of our city engineers who have been taking the taxpayer’s money on monthly basis in the name of finding solutions to flooding situation in Accra, and the contribution they have given to the mantra of making Accra the cleanest city in Africa.

Many homes got flooded, millions of people’s hard-earned properties in this not too good economic situation of our country were destroyed. Roads and bridges washed away while some people lost their lives.

There should be a finality to all these by key duty bearers. It can’t seem to us that there is no solution to the havoc annual rainfall cause in our cities. The rains have once more exposed the weak state of the government and its lack of proactivity and responsiveness in managing the affairs of the country.

One of the sad spectacles after the events of the heavy downpour has been the filth that engulfed the entire city. This week is probably one of the worst experienced from Alajo, Spintex, Madina, Nungua, Ashaiman, Alajo, West Legon and Nima communities in Accra. All these towns were choked with filth all over after the rains.

The reason is simply that the waste generated in these communities are not cleared and after rains they find their way  back into people’s homes and on the streets. There is a sanitation minister though!

At the Texpo Market at  Spintex for instance, the entire place was in a mess with plastics, food particles spread all over the market unto the road.

At  Ashaiman, solid wastes were seen all over nearby homes as a result of the people defecating in plastics and throwing them in drains. The wastes that had not been cleared and had received washing from the rains brought out a foul smell in most of the places in the town. Generally, it was a bad sight for anyone to behold in an urban community.

The question which quickly came to mind once more is: what happened to the promise of the president to make Accra the cleanest and best city in Africa by 2020? Although this year’s rains are not heavy like the previous years, it is obvious that, their level of destruction is quite heavier than previous years, exposing the duty bearers, specifically the Sanitation Minister and the Zongo Ministers who are given powers to resolve sanitation challenges.

One could also wonder why the President of the land, President Nana Akufo-Addo who made the above promise is also unconcerned, rendering his own promise useless and meaningless.

Everything rises and falls on the leader. A lot will need to be done apart from just mere political promises. We can’t be a people living in filth but pretending to be clean only for rains to reveal our true state to us which is fuelled by lack of political will by the President of the land.

It is time to wake our duty bearers up from coma to face the realities of our country’s sanitation challenges. It is also time for Akufo-Addo to reduce his supersonic speed and increase his thinking.

By Cyril Duodu & Attractive Mustapha – Disclaimer: Opinions published on this website do not represent the views of Daily Mail GH

Has the Ghanaian a god?