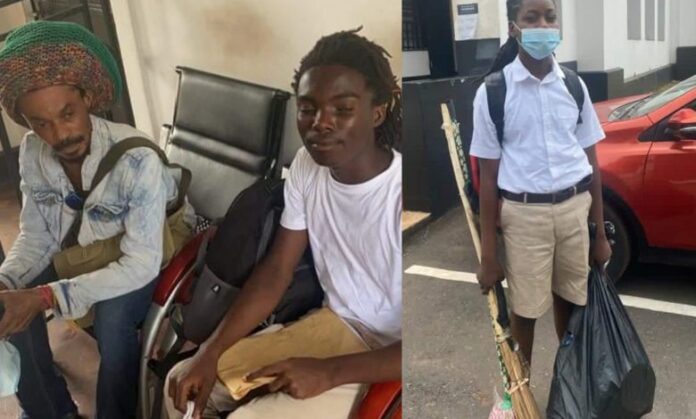 Oheneba Kwaku Nkrabea, one of the two Rastafarian students at the centre of the Achimota School admission brouhaha has filed a motion asking the Accra High Court to order the school to admit him pending the final determination of the case.

In the ex-parte motion sighted by Citi News, Oheneba Kwaku Nkrabea, through his father argued that with academic work already in session, he stands to be disadvantaged if he continues to stay home waiting for the final decision of the court on the substantive case.

He is therefore praying the court to force Achimota School to allow him to attend classes while the case lingers.

“This application is brought ex-parte because of the particular urgency of this case. Fresh students of Achimota School have reported to school and commenced academic work while [the] Applicant is still being denied enrolment despite the directive by 2nd Respondent [Ghana Education Service]. It has therefore become necessary for the Court to intervene in order that Applicant’s rights are protected and enforced. The longer Applicant stays at home, the longer he will continue to be denied an education. If this application is heard in the ordinary, Applicant will have to abide by all the rules relating to service of processes and continue to remain at home while his colleagues are gaining an education,” excerpts of the motion said.

“Applicant will suffer irreparable and incalculable damage if he is not allowed to start school. Violating Applicant’s human rights is inherently a miscarriage of justice and constitute injury per se. In addition, Applicant’s classmates will continue to have an advantage over him, and Applicant will continue to feel the psychological impact of being unwanted and discriminated against. These injuries caused Applicant cannot be atoned for with damages,” it added.

He is also asking the court to stop the school from ever discriminating against him on the basis of his religion and or creed.

Oheneba Kwaku Nkrabea prayed to the court to among other things make “A declaration that requiring Oheneba Kwaku Nkrabea a child and adherent of the Rastafari religion and creed, to either cut his hair or forfeit admission into Achimota School, a public senior high school, is a violation of his rights to dignity…contrary to articles 15 and 28(3) of the Constitution, 1992 and section 13 of the Children’s Act 1998 (Act 560)”.

Oheneba Kwaku Nkrabea’s suit is the second after one filed by Tyron Marhguy, the other Rastafarian who was denied admission to the school.

Students denied admission
About three weeks ago it was reported that Achimota School had denied two rastafarians admission to the school, although they had been placed there by the Ghana Education Service’s Computerized School Selection and Placement Service (CSSPS).

The school insisted that its regulation states that all students or potential students maintain a low haircut as a requirement for admission.

It therefore said the two Rastafarians must cut their dreadlocks if they want to be granted admission. The two students insisted and were consequently denied admission.

The Ghana Education Service (GES) subsequently ordered Achimota School to admit the students, but it made a U-turn on its stance.

One of the Rastafarians who went to seek admission at his second choice of school, Saint John’s Grammar School was again refused admission there because of his dreadlocks.

Following calls for legal processes to the initiated against the school, Tyron Marhguy sued Achimota School.