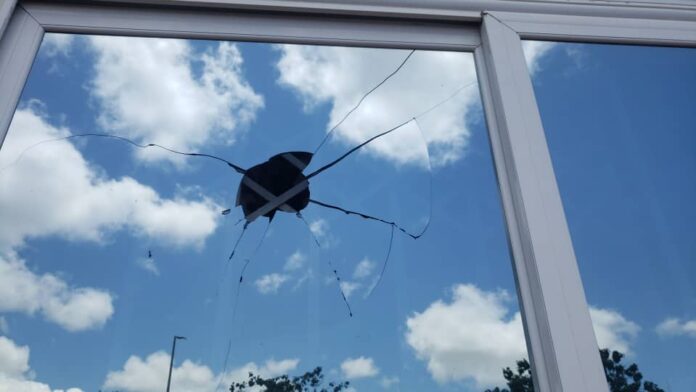 Staff of the Northern Electricity Distribution Company (NEDCo) in Tamale have withdrawn their services over a recent attack on their offices by some youth of the town.

Police officers had accompanied the VRA/NEDCO officials to Lamashegu, Bavum, Nakpanzoo and other areas in the Tamale metropolis to arrest some residents who were illegally using electric power.

But, in the process, the officers assaulted some of the residents, leading to the interdiction of some four Police officers.

After the incident, Police, among other things, visited the victims and paid their medical bills.

The Acting Inspector General of Police, Akuffo Dampare, also spoke to the victims on the phone to reassure them that he will get to the bottom of the issue.

However, despite these efforts being taken by VRA/NEDCo and the Police, some youth in the Metropolis on Saturday, September, 25 hit the streets to protest over the same brutalities.

They vandalised some properties belonging to NEDCo, including two private vehicles.

Speaking to Adom News, the chairman of the Senior Staff Association (SSA) of NEDCo, William K. Asare, said they are no longer safe as the residents attack them anytime they demand payment for the service rendered.

“It looks like Tamale residents want to use electricity but do not want to pay. Any attempt to have them pay only attracts threats and beatings, so we the workers here say we are tired, our lives are essential, so we are not safe to go out there and work,” he said.

He added, “As of Tuesday, September 28, they were on social media insisting that if we come, they will beat us, they will kill…the Police have barricaded the office, but look at us, we are here.”

The chairman believes their action is justified because they need to protect their lives and the properties of the state company.

“It is as if we are waiting for Tamale residents to beat up a VRA staff to death before they realise this is a serious issue,” he lamented.

According to him, “the only guarantee is that the Tamale residents will assure us that when we come, they will permit us to do our job. Furthermore, they will not touch any staff of VRA/NEDCo.

Mr Asare wants the resident to know that “Our job is to sell electric power so when we sell, we have to retrieve the monies,” lamenting that “every month, the company loses 45% [Gh¢8.5 million]” as a result of illegal connections.

“Won’t it collapse the work? How can we fix our transformers when they get spoilt,” he quizzed.

He is, therefore, demanding from the security and traditional leaders to ensure the arrest of the perpetrators who attacked the office and organisers of Saturday’s demonstration to fix the damaged properties.

Mr Asare also requested adequate security for the revenue mobilisation task force to execute their mandate to reduce illegal connections in the Metropolis.

Also, the staff want residents of Tamale to allow VRA/NEDCo to freely continue installing the smart split prepaid meters and many other demands before resuming work.