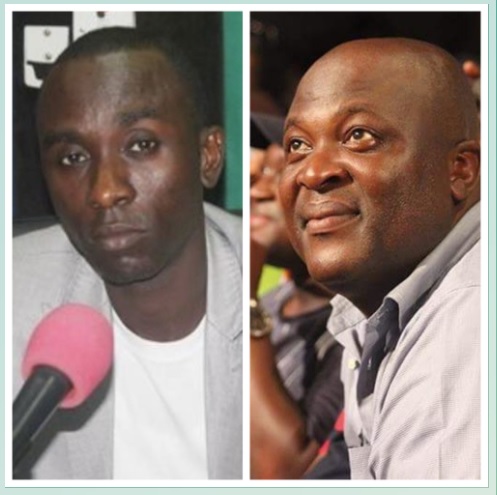 Ernest Owusu Bempah, a director of communications at Ghana Gas Company Limited has rendered an unqualified apology to the CEO of Engineers and Planners, Mr Ibrahim Mahama.

His apology comes after he made a derogatory remarks about Mr Mahama when he called him a thief.

In 2018, lawyers for Mr Mahama filed suit against Mr Owusu Bempah along with the Despite Group of Companies, operators of UTV for defaming him.

Speaking in the twi, he said “because krono na w’abo…” (to wit Mr Ibrahim is rich because he has stolen).

In a suit filed on March 22, 2018, the Engineers and Planners boss said Mr Owusu Bempah’s comment has been injurious to his hard-earned reputation and has damaged his reputation as a businessman.

But the Ghana Gas Communications boss was firm that his comments were not slanderous.

However, in his two-page apology letter, Mr Owusu Bempah said, “The statement which I made then was made without any basis and was made without due regard to the hard-earned reputation of Mr Ibrahim Mahama and I ought not to have made same.

“That statement I made about Mr Ibrahim Mahama was not true then and is not true now and can never be true and that I have no reason to make the statement.”

The vociferous communicator’s apology comes after an Accra High Court ordered the National Investment Bank (NIB) to release ¢310,000 from his account to pay Mr Mahama.

Reindorf Twumasi Ankrah, Counsel for the business mogul, asked the Court to compel the bank to release the cash from the Ghana Gas Communications boss’ account to his client as payment of judgment debt.

According to reports Ernest Owusu Bempah was on the verge of losing his elegant three-bedroom apartment due to his failure to raise ¢310,000 judgment debt.

He, therefore, retracted his comment and apologised to the businessman to let sleeping dogs lie.