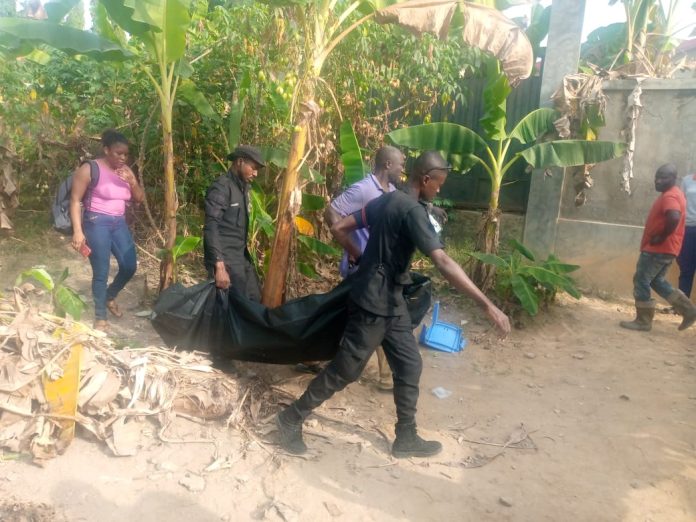 A 26-year-old man named as Kwasi Bonsu, was nearly lynched by an angry mob after he was accused of killing his ‘girlfriend’.

The incident reportedly occurred Monday afternoon when the remains of the half-naked fair coloured young lady were discovered in a plantain farm behind the suspect’s house located at Parkoso Estate in the Asokore Mampong Municipality of the Ashanti Region.

Part of the head was found to have been smashed with cement block and marks of assault were seen all over the body, an incident report sighted by dailymailgh.com read.

Locals allege that the suspect has been inviting, robbing and stabbing prostitutes he meets from town. He is said to be linked with several violent crimes and has served between 3 and 9 year jail term.

“He has been jailed for all forms of crimes including robbery and rape”, said Assemblyman for the area, Emmanuel Broni as he claims at least two people have been murdered within the spate of four days.

The suspect who was arrested by the angry mob suffered severe beatings when they tried to lynch him. He was however rescued by the police.

Identified only as Samira, the body of the deceased has been deposited at the Komfo Anokye Teaching Hospital while the suspect is in custody after receiving treatment at the Manhyia Government Hospital.

Akufo-Addo is responsible if something happens to me – Amidu