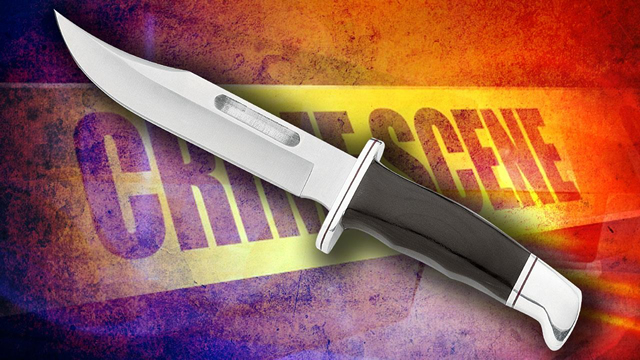 A pregnant woman, believed to be in her early 30s, was knifed by her husband after a scuffle ensued from suspected infidelity, local media reported.

The incident occurred on Saturday at Nyankyerenease in the Kwadaso Municipality of the Ashanti Region.

Tenants in the house where the incident happened say, Kwame Maxwell, 40, stabbed Betty, leading to her death after she accused him of cheating.

Kwame Maxwell is currently on the run, reports myjoyonline.com.

An eyewitness who said she was the landlady said she heard the deceased crying for help at night before the incident.

According to her, she later saw the suspect with his hands stained with blood coming out of his room, attempting to wipe it off.

The landlady added that Betty was lying unconscious in a pool of blood when she entered the couple’s room.

“I was awakened from sleep when I suddenly heard a woman [Betty] screaming for help. She was shouting, ‘he is killing me…come and help me.”

“Together with my son we went out and realised that the scream was coming from the room of the pregnant woman. But, unfortunately, all the lights in the room were off, so we could not see what was happening inside.

“Then I saw the suspect coming out of the room with his hands stained with blood…and he was using his wife’s nightwear to wipe the stains off his hands.

“The two have been living in peace, always moving together anytime they go out, so we least suspected that the Kwame could actually stab Betty to death,” she said.

The incident has been reported to the Police, who have begun their investigation.

Juaso: 2 dead, another in critical condition in ghastly accident on...