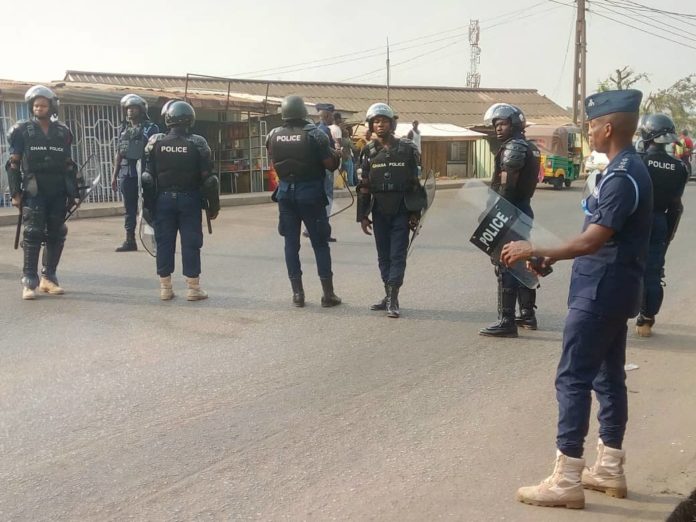 A suspected highway robber was killed during an attack on some passengers at Pisii, a community near the SD Dombo University in the Upper West regional capital, Wa.

The incident which occurred at about 2:30 am on Monday, August 24, comes days after two armed men were gunned down by police in the region last week.

A statement from the police and sighted by Dailymailgh.com said: “A police officer on board Hyundai bus with registration number AW 6036 -12 driven by Mahama Ahmed with passengers on board was escorting a number of vehicles from Axil base at Sawla in the Savannah Region to Wa as a routine duty core.

“On reaching a section of the road at Piisi, a small community near SD Dombo University – Wa, an unmasked young man aged about 23 emerged from a nearby bush per their modus operandi with a locally manufactured shot gun and signaled them to stop with a flashlight”, the statement continued.

Officials said the young man who attempted robbing them of their belongings was shot by the on-duty policeman.

He was rushed to the Wa Municipal Hospital but was pronounced dead by medics. His body has since been deposited at same hospital mortuary for preservation, identification and autopsy.

I want to be fit before Championship begins – Adomah

How a Ghanaian pastor slept with three women for spiritual cleansing