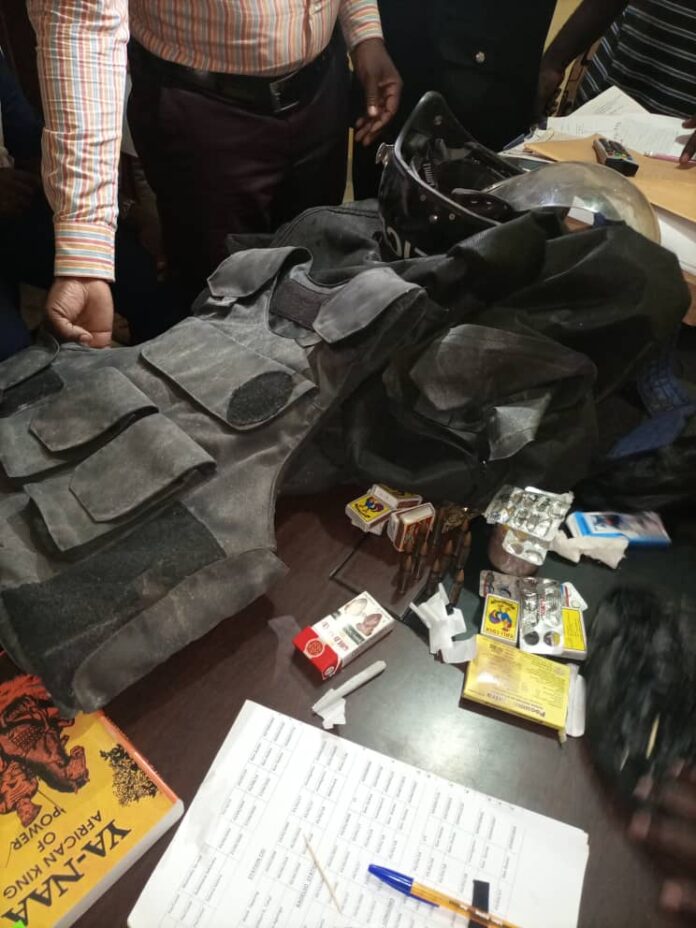 A cop could face court after he admitted to stealing police accoutrements including AK 47 ammunition and a dead body bag, dailymailgh.com has learnt.

Lance Corporal Christian Adjei is being questioned by police in the Bono East Region, after a team of investigators stormed his Kintampo residence on Thursday, September 9 to retrieve the said items.

The search in his single room self contained rented apartment revealed: 10 live AK 47 ammunition, a body armour, a dead body bag, belonging to the Ghana Police Service and a service ballistic helmet.

He admitted that he smokes the Indian hemp, the sources said.

The items may have been seized following a tipoff as the suspect officer is yet to disclose his source of supply, although he had admitted to stealing the items in his caution statement.

The police say the exhibits have been retained while the suspect officer remain in custody for further investigations.