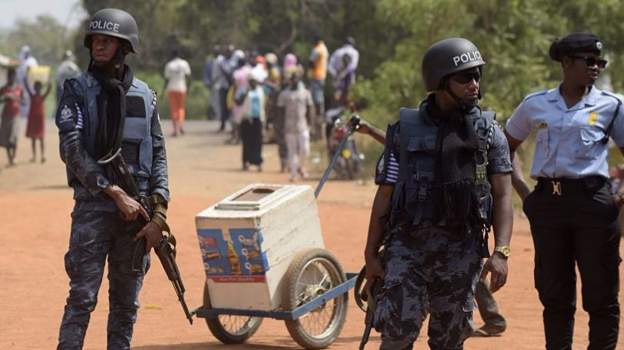 At least five persons have been arrested in connection with disturbances during the enstoolment of a queen morther Nana Araba Otua II in Mankessim in the Central Region last Saturday.

The five are assisting with investigations, the Mankessim Divisional Police Commander, confirmed.

Over the weekend, two persons including a security operative of the Bureau of National Investigations (BNI) known as Samuel Ampofo and a civilian, local media reported.

Five others including a police Chief Inspector William Nyarko —who sustained gunshot wounds are receiving treatment at the hospital. They included Kwesi Owusu, 65; Frederic Amoanoo Dadzie, 37; Nana Boako, 29; Benedick Nana Banco, 29, and one other not identified but aged about 27.

Also on admission at the Our Lady of Mercy Hospital is one Nana Oboso, accused and attacked by the processors for orchestrating the firing of the gunshots.

Central Regional Police Spokesperson, DSP Irene Oppong in a press briefing confirmed that the incident is being investigated.

“Currently seven people have been shot and two have passed on and five are on admissions. Any development will be communicated,” she said.