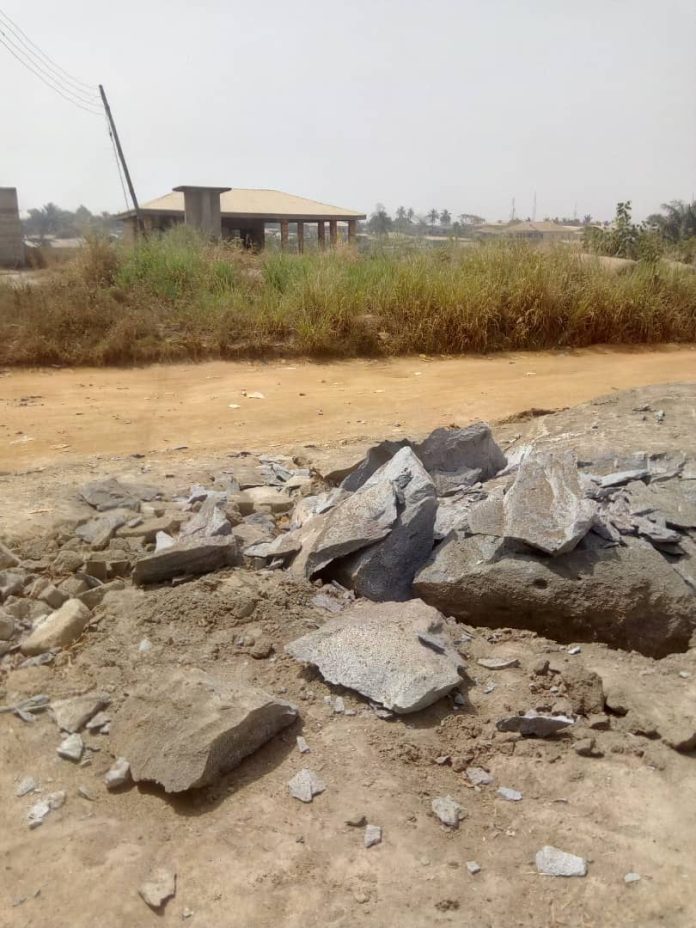 A suspected dynamite blast which rocked a residential area at Abuakwa near the Ashanti Regional capital, Kumasi is being investigated by the police CID, dailymailgh.com has learned.

The uncontrolled explosion said to have occurred at midnight on Tuesday, damaged buildings, affected electricity poles plunging parts of the Abuakwa DKC area into darkness, according to a police statement.

The unusual loud sound experienced as a result of the blast was allegedly authorized by a queen mother who attempted to create a pathway to her house, it is reported.

For some residents like Afua Gyamfua, life was put in jeopardy.

“I was shaking. I thought this was an act of God,” she said. “At a point people had to run for their dear lives”.

“The roof of my house got destroyed. This is a very sad development for the people of Abuakwa DKC and I hope the police will do a better job this time”, another said.

Investigators had moved to the crime scene shortly after the case was reported at the Abuakwa Division.

Fragments of rocks were found under a transmission line about 5 meters from a nearby road. Some of the rocks which scattered over the area also called damage to an aluminum fabricating shop 50 meters away from the scene.

“Damage was also caused to the roofing sheet of a nearby house. It is further suspected to have caused a power outage in the area”, according to officers from the National Disaster Management Organization at the scene who were also spotted picking at least three fragments of the blasted igneous rock for evidential purpose.

Personnel from the Electricity Company of Ghana were called to restore power to some affected household.

Residents are still unsettled as they continue to pile pressure on security agencies to invite the said queen-mother for questioning. It is not clear whether any casualty was reported.

A police source familiar with the development said the queen mother based in Ahafo Kenyasi will be invited for questioning as part of police investigations.