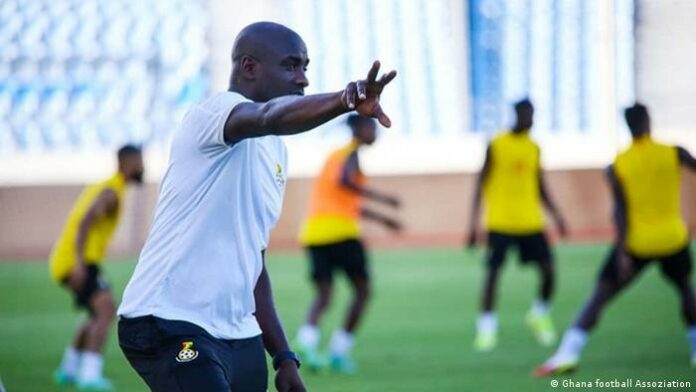 The Ghana gaffer believes Cristiano Ronaldo and his colleagues are the team that may be extremely difficult for Ghana to handle.

“Our group is certainly not easy, that’s for sure. But I think that apart from maybe Portugal, against whom it will be extremely difficult, the teams are balanced,” said Addo to Ruhr24.

Ghana will face Portugal in the opening group game at the 2022 FIFA World Cup tournament in Qatar next month on November 24.

Otto Addo is the caretaker coach of the Black Stars team going into the 2022 FIFA World Cup tournament in Qatar next month.

Ghana have been to the FIFA World Cup tournament three times reaching the last 16 stage in 2006 which was their first ever appearance at the Mundial.

The Black Stars also managed to reach the quarter-final stage of the 2010 edition in South Africa where they were eliminated by Uruguay who are their group opponents this year.

Ghana plays Portugal in the opening game of the tournament on November 24, takes on South Korea on November 28 before facing their new enemies Uruguay on December 2.