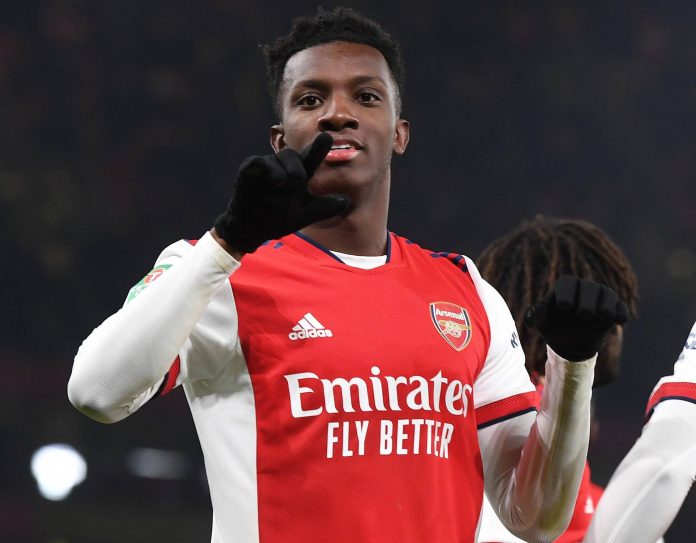 Just five minutes into the game, Nketiah pounced on a loose back pass as he knicked the ball off the goalkeeper’s feet to put the hosts 1-0 up.

Five minutes later, the young striker scored again from close range with a left-footed strike from the center of the box into the middle of the goal to put the hosts 2-0 up in the game.

The vvisitors got a goal back in the second half despite playing with 10 men for the greater part of the match.

The 22-year-old Ghanaian forward has four goals and one assist this season in the English Premier League.