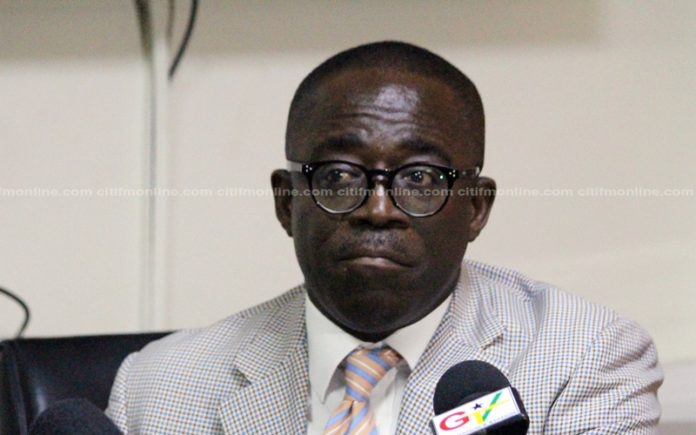 A Deputy Energy Minister, William Owuraku-Aidoo, says the erratic power supply in some parts of the country should stabilise in a few days.

Speaking on the Citi Breakfast Show, Mr. Owuraku-Aidoo said the state was “looking at just a matter of days to bring this whole problem to an end.”

Some Ghanaians have been experiencing consistent power cuts in recent weeks and have been appealing for some clarity from the state.

The deputy Minister explained that challenges with an ongoing peaking exercise “is what is creating the problems that we are encountering right now.”

Describing the encountered problems as un-anticipated, he noted the exercise has taken out over a 1,000 megawatts from Tema area.

There is also the issue of a lack of gas because of the cleaning out of the pipelines which supply Gas from Nigeria.

“Unfortunately some of the generation plants that we planned with have encountered some unexpected challenges.”

But so far, he said the peaking exercise had been completed ahead of schedule and will be followed by some analysis.

“The analysis will hopefully come to an end by tomorrow and gas will be introduced somewhere in the beginning of March [2020] and then it will ramp up…until we get the full complement of Gas supply to the Tema enclave,” Mr. Owuraku Aidoo said.

Call for dumsor timetable
However, a former Deputy Power Minister, John Jinapor, has accused the government of re-starting the rationing of power, last seen during the power crisis in 2015.

In a statement, he said the relapse into power rationing was “due to the ineptitude and mismanagement of the energy sector” by the governing New Patriotic Party (NPP).

He thus called on the government to publish a load shedding time table “to enable Ghanaians plan their daily schedules.”

Despite the concerns with power sector, the government insists that it has solved the problems with dumsor.