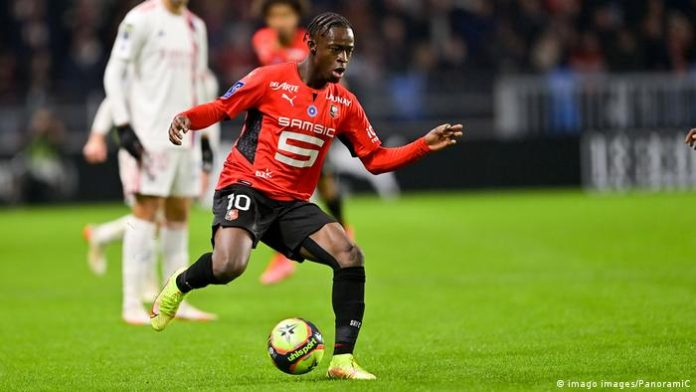 The Magpies are keen to snap up the 20-year-old Ghanaian forward from the French Ligue 1 side ahead of the 2022-23 season in England according to reports in Britain.

Kamaldeen took the Ligue 1 by storm following his move to Rennes from Denmark Superliga side FC Nordsjaelland in the 2021 summer.

The Premier League club are said to have enquired about Sulemana’s availability as they look to strengthen and bolster their squad ahead of the upcoming season.

Newcastle United have tabled a juicy 30 million euros for the services of the attacker and are set to sign him up before the close of the window.

Sulemana scored four goals and added two assists in his first 13 domestic appearances for Rennes, scoring on his debut against Lens.