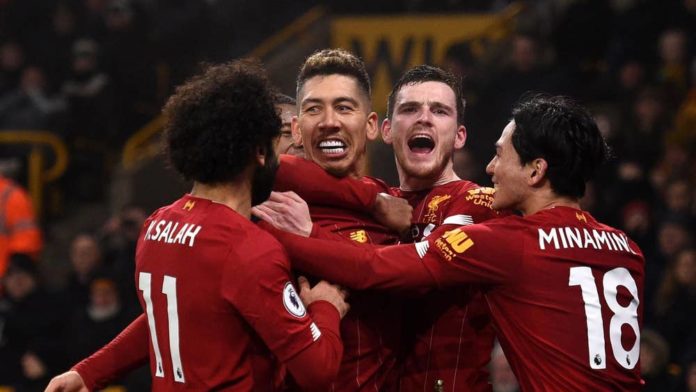 Plans to resume the Premier League season will step up this week in what has been labelled “Project Restart”.

Arsenal, Brighton and West Ham have opened their training grounds to players for individual work on Monday.

The league is hopeful of a potential 8 June restart and finishing at the end of July to fit in with Uefa’s European competition plans. This would require full training to begin by 18 May.

Top-flight clubs will meet on Friday to discuss options for the restart.

Culture Secretary Oliver Dowden said he has been in contact with clubs about restarting the Premier League “as soon as possible”.

“I personally have been in talks with the Premier League with a view to getting football up and running as soon as possible in order to support the whole football community,” Dowden said during a parliamentary questions session for the Department of Digital, Culture, Media and Sport,

“But, of course, any such moves would have to be consistent with public health guidance.”

Timeline: How coronavirus has affected sport
It comes as details emerge of a cross-sport working group set up to discuss options for returning to training.

From Tuesday, Tottenham will make a limited number of pitches available for the first-team squad to use in individual sessions.

Only one player will be allowed on a pitch and each player will travel independently to the training ground.

The club have also restricted the number of players who will be at the training ground at any one time.

The Premier League has been suspended since 13 March because of the coronavirus pandemic and all clubs remain committed to playing this season’s 92 remaining fixtures.

All games are expected to be held behind closed doors and the league is considering making some available on free-to-air TV.

One issue under debate on Friday will be what “approved stadiums” will be used and whether that will be a limited number of grounds or neutral venues.

However, a return to action still depends on the government’s five tests being met, especially an increase in testing, and meeting social distancing guidelines.

What are the five tests?
It also hinges on the conclusions reached by regular cross-sport meetings of senior medical officials discussing the health protocols for competing behind closed doors, which are set to start late this week.

The BBC reported on Saturday how the government has plans for a series of these meetings to help elite sport resume.

The move was described by a source close to the plans as a “quickening of the pace” and intended to help sport resume “within weeks”, if progress was made.

More than 20,000 people in the UK have died with coronavirus.

How Arsenal players will train.

Players are arriving in groups of five to do individual sessions, stretching and running with a ball.

10 pitches are used so players do not come into contact with each other
Each player is assigned their own ball
Players are on a rota and told where to park
Buildings at the training ground are closed
Club feel training at Colney is safer than in parks, where players were being asked for selfies.

BBC Sport understands the EFL is expected this week to further develop its contingency plans before the potential resumption..

The EFL is in conversation with the Department for Digital, Culture, Media and Sport (DCMS) on a regular basis and there is a sense that things are starting to move more quickly.

“Project Restart” is a Premier League-specific plan, but there is close collaboration between the Premier League, EFL and FA over restart plans.

On Sunday, Foreign Secretary Dominic Raab said it would be “difficult” for amateur sport to return this summer because of the “level and scale of interaction” but that professional sport may be able to return “because of the scale of testing” that could be introduced.

On Monday, Watford chief executive Scott Duxbury said “football, for me now, just needs to be put to one side”.

“I feel uncomfortable at this stage even talking about football as a narrative, because there are people dying every day,” Duxbury said.

“There are stresses on the NHS and that has to be our priority.

“When it is safe and the government say it is absolutely fine for players and support staff to return, then I am 100% behind that.”

Officials believe a return to play would be a morale-booster for many people after several weeks of lockdown.

But there is also concern over the possibility of imposing any additional pressure on the health service if players get injured, and on policing if fans gather outside stadia.

They also want to guard against the perception that an exception is being made for professional sport in terms of testing or social distancing.

Clubs in Germany’s Bundesliga have already returned to training and the top-flight season is ready to restart on 9 May if given approval by the government.

In Italy, Serie A sides can return to individual training on 4 May and team training on 18 May after the Italian prime minister announced the first steps in lifting the country’s coronavirus lockdown.

“There is a huge logistical and medical/scientific question about testing and protocols but also a social one,” said secretary-general Jonas Baer-Hoffmann.

“We need guidance and protocols on how to return in a healthy and safe manner. Football is a contact sport and we feel very high protection standards are required.

“Are we sending the right message to society, and are we encouraging a healthy return to normal life? Or are we sending a bad signal that football has different rules to the rest of the world?”

What about other sport?
In addition, the major stakeholders across Olympic, Paralympic and professional sport have been asked to contribute to a working-group consultation, led by funding agency UK Sport, with the aim of compiling best-practice guidance for a return to full training once social distancing restrictions are lifted.

BBC Sport has learned that British Cycling has been asked to represent the Olympic and Paralympic sports, with a first meeting having taken place last Thursday and been chaired by UK Sport chief executive Sally Munday. It also included athlete representatives and the English Institute of Sport.

‘Your misinformation likely to mislead the public’ – Nayiri warns Tongraan