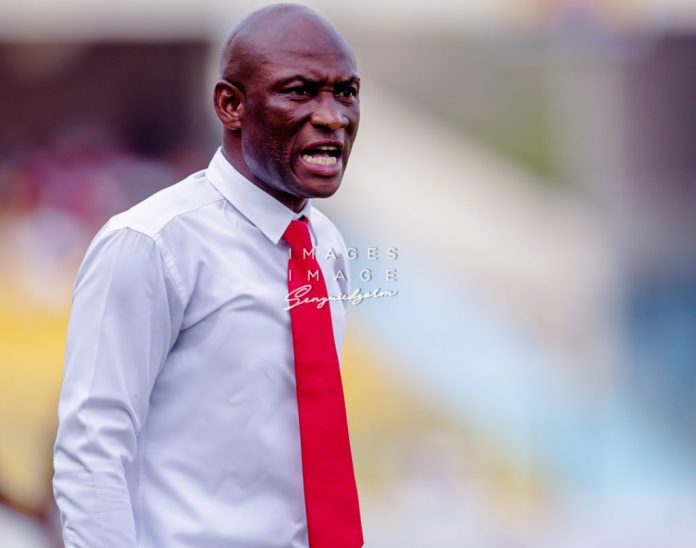 Asante Kotoko SC head coach Dr. Prosper Narteh Ogum has resigned from his post after a crunch meeting with the club’s Board of Directors, Dailymailgh.com understands.

The former WAFA gaffer has parted ways with the after a meeting with the board and the technical committee Wednesday 20th June, 2022.

He guided the Porcupine Warriors to win their first Ghana Premier League trophy since 2013 in the 2021-22 season.

He was expected to lead the Reds in their 2022-23 CAF Champions League campaign after emerging as the winners of the just ended Ghana top-flight campaign.

According to information available to Dailymailgh.com, Prosper Narteh Ogum has been contacted by newly promoted team Samartex FC for the upcoming season to take over as head coach.