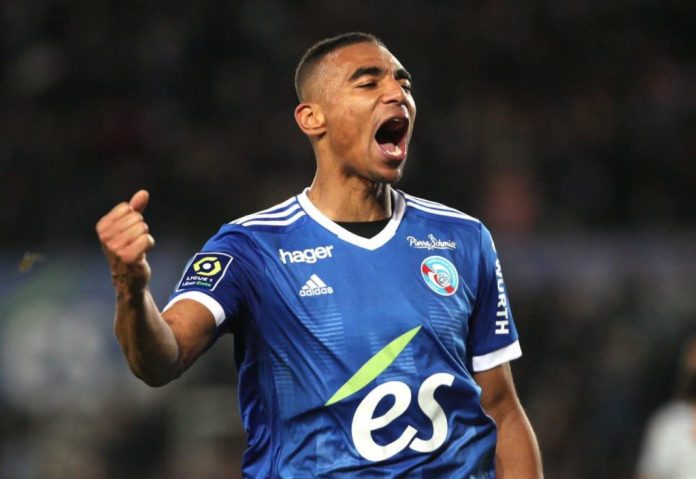 Rock-Solid Center-back Alexander Djiku has expressed his excitement after winning the 2021-22 Ghana Footballer of the year award held in Accra on Saturday, July 2nd 2022.

The Black Stars dependable defender was named as the Ghanaian Footballer of year at the 2022 Ghana Football Awards beating his compatriot Andre Ayew, Thomas Partey among others.

Djiku took to his official Twitter account to express how proud he and his family feels to win the prestigious award beating off competition from other top players in the country.

“Proud to get this Ghanaian player of the year award. Without you: Nothing would be possible.”

“My family, my club, my country, my teammates, Strasbourg fans and Ghanaian people: This reward is above all collective THANK YOU. For everything”,he Tweeted.

He helped his club to finish in the top half of the 2021-22 French Ligue 1 season winning goal of the month award for March with a beautiful strike against AS Monaco.

He was a pivot for Ghana when the Black Stars team beat the Super Eagles of Nigeria in the 2022 World Cup playoff to make their fourth appearance at the FIFA Mundial.

He’s expected to play at the 2022 FIFA World Cup tournament in Qatar later this year which will be his first time ever at the Mundial in his career as a professional footballer.

Djiku has won the hearts of many Ghanaian football enthusiasts and loving fans with his dedication and commitment to the national course since his debut under former Black Stars coach CK Akonnor.

We need to share the burden and recover – Gov’t

Election Petition: Supreme Court not a forum for “rehearsed theatricals” –...