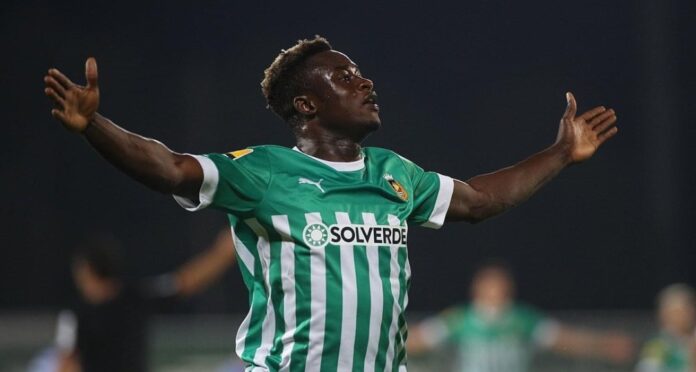 The Ghana forward has had a great start to the season so far in the Portuguese Primeira Liga for his club.

Abdul-Aziz Yakubu has scored five goals in 11 league games in the Portuguese Primeira Liga which means he’s the fifth-best scorer but third in terms of goals scored as three players are tied on six goals.

The forward has formed a formidable partnership with Emmanuel Boateng in Rio Ave’s attack, complementing each other quite well and banging in the goals for the Green and Whites outfit.

Aziz has scored more goals than Felix Afena-Gyan, Kwasi Wriedt, Caleb Ekuban and Antoine Semenyo and has the same number of league goals as Inaki Williams.

The young attacker was tipped to make the final 26-man squad but has surprisingly been excluded from the 55-man squad submitted by the Ghana head coach Otto Addo.