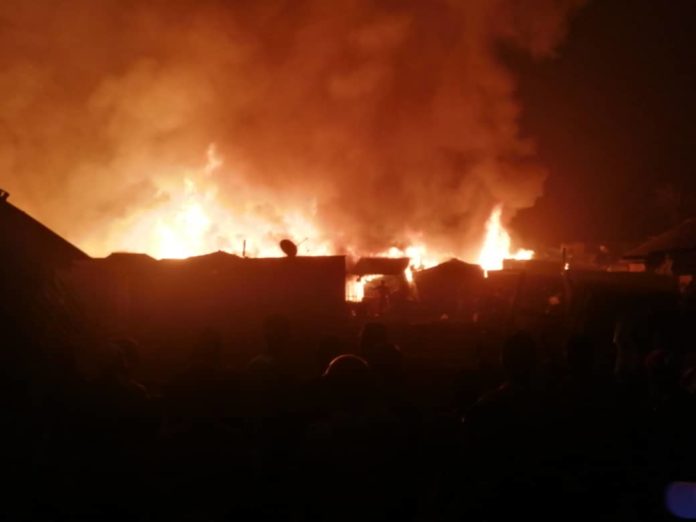 A fire incident at Dagomba Line in the Ashanti regional capital, Kumasi has forced hundreds to flee their homes, Dailymailgh.com can report.

Firefighters had been deployed to the scene to control the fire which started at about 5:45 pm, local media reported.

At least more than 200 structures had burned down but there were no reported injuries, though firefighters had difficulty accessing the area.

The incident has left many adjoining areas without power after a pylon was uprooted as a result of the fire.

It is not immediately known what caused the fire as police tell Dailymailgh that a joint investigation with the fire service has begun.

Dry conditions with high winds in parts of Ghana have increased incidents of fire outbreaks in the West African country.

The Ghana National Fire Service said the country had already recorded over 240 incidence of fire outbreaks in January 2020 alone.

The Ashanti Region recorded close to 80 of the fires in January.

Asamankese SHS: Tutor told me to kiss, rub his manhood –...