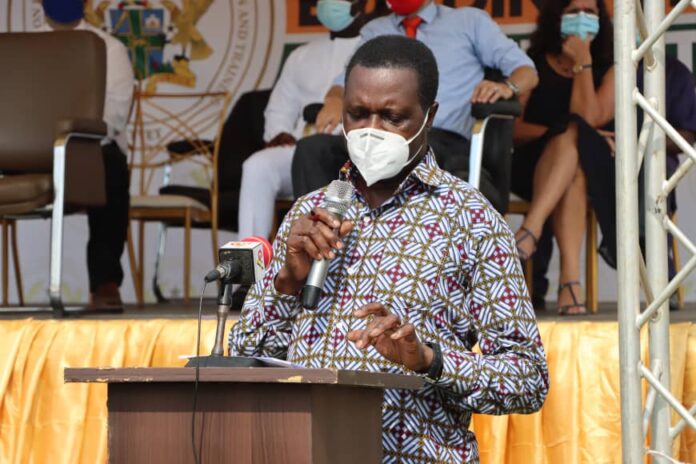 Government through the Ministry of Education will be engaging authorities of the Achimota School over its Governing Board’s decision to overturn a court order to admit two dreadlocked boys.

The sector Minister, Dr. Yaw Osei Adutwum, who hinted at the meeting says the engagement which will also involve the management of the Ghana Education Service (GES), is to address the issue for a final determination.

Dr Adutwum who doubles as MP for Bosomtwe says the Attorney General’s advice will inform the next line of action.

“I am waiting for the full briefing of the Attorney General. I am meeting with the Headmistress of Achimota School and the Board for a decision to be made”, the Minister said on Metro TV’s late-night show, Good Evening Ghana on Tuesday.

But, Dr. Osei Yaw Adutwum is outraged over what he terms as the ‘unilateral position‘ by the Governing Board to appeal the ruling of the court.

The Minister says it is not in the place of the board to take such a decision.

“I am very surprised, the Board cannot take that unilateral position to go back to court”, Dr. Adutwum said.

The Minister expressed dissatisfaction with the Board’s action, saying, “Boards of High Schools are constituted by the Minister. Instructions for the running of the schools are provided by the Director-General of the Ghana Education Service”

This is because, although the GES had initially directed Achimota School to admit the students, it, however, backtracked after pushback from the school’s stakeholders and further engagements.

An Accra High Court on Monday, May 31, 2021 delivered its ruling regarding the denial of two Rastafarian boys; Tyrone Marhguy and Oheneba Nkrabea admission to Achimota School because they failed to cut their dreadlocks.

Justice Gifty Adjei Addo, the Presiding Judge, disagreed with the submissions of the Attorney General and granted all the reliefs separately sought by the embattled students except the relief of compensation in the case of Tyrone Marhguy.

According to Justice Addo, it is preposterous for the Attorney General to have even suggested that the two were not students in the first place.

Lawyer for the two Rastafarian boys, Wayoe Ghanamannti in an earlier Citi News interview was indifferent about the possibility of the school appealing the decision.

He said while it remains within the right of the lawyers of Achimota School to appeal the decision, he is very content that his clients have received the green light from the court to go to school.

“They have the right to appeal. Our learned friends didn’t indicate any signal of an appeal, but they have a right to do so. Even when they do that, they would have started going to school. And before the appeal will be prepared and put before a court of appeal and the court called upon to get the parties to appear and move the appeal and all that, they would have started school. When we get to that bridge, we will cross it,” he said on Citi FM’s flagship program Eyewitness News.