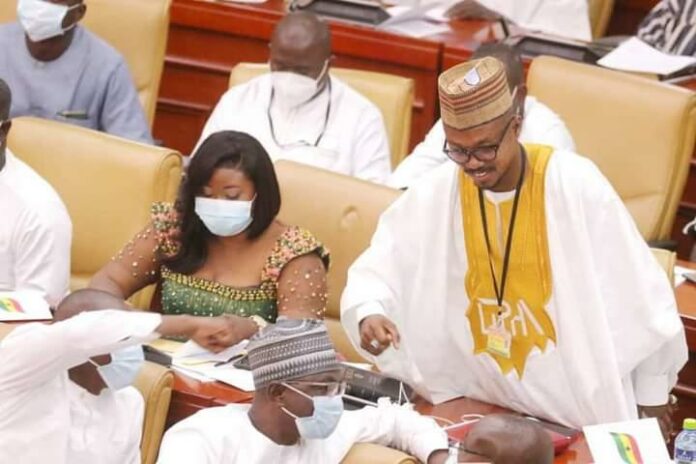 I have noted with some amusement an article currently circulating that seeks to give false comfort to the ill-informed about the respective statuses of the NPP and the NDC in the eighth parliament (Confirmed, NPP is minority and NDC is majority in parliament).

In fact, there really should be no argument about which side of the house holds the majority and the writer of this piece and others who think like him or her would not be pretending there was if they understood the rules of the house and/or were being honest about their interpretation of them.

First of all, there are two hundred and seventy-five seats in the house. The rules say we can only have a majority and a minority side. These can be composed of parties (including independent members) who decide to caucus together for the duration of the parliament. This has happened before and not just once. Members of the CPP and PNC have in the past, caucused with either the NPP or the NDC and being counted as fully part of the majority or the minority as the case was. More to the point, the late Hawa Yakubu and Victor Gbeho, both independent members, caucused freely with a side of their choosing. In the eighth parliament, the honourable member for Fomena and second deputy speaker has indicated that he will caucus with the NPP, enabling that coalition – NPP (137) + Independent (1) to form a majority of one hundred and thirty-eight.

Again, the writer further exposes his unfamiliarity with the procedures of the house when he or she giddily claims that Honourable Joe Osei-Wusu accepting the position of second deputy speaker somehow reduced the NPP’s parliamentary membership. Honourable Osei-Wusu remains very much a member of the party’s delegation with voting rights that are undiminished by his elevation. Nothing changes for him, except when he has to preside over the house in the absence of the speaker. To be clear, he still remains very much a bona fide member of the NPP-led caucus of one hundred and thirty-eight, which the writer would have to admit, constitutes a majority.
Similarly, Honourable Andrew Asiamah Amoako continues to be a member of the NPP-led majority caucus. The constitution, reinforced by the standing orders of parliament, does in fact stipulate that the two deputy speakers must not come from the same party. It does not, however, prohibit them from caucusing together. Honourable Amoako is not a member of the NPP, satisfying the conditions of the constitution and the standing orders; he can and indeed has chosen to caucus with the NPP, preserving its majority in the eighth parliament.

It is not surprising that NDC partisans, buoyed by the unlikely result of 7th January, would go about making dubious claims and willing them to be true but the law and facts do not have sympathy for wishcasting, no matter how fervently they are clung unto. The NPP is the majority party in the eighth parliament and there’s no question about it.

By Prince Hamid Armah, PhD – The writer is the New Patriotic Party Member of Parliament for Kwesimintsim

HAND OF WHO?: Maradona, Camels, and an African Nightmare