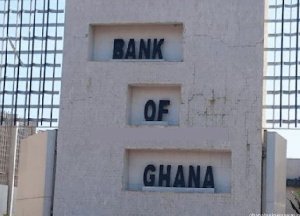 The Bank of Ghana and the Ministry of Finance have reached an agreement with the receiver of the collapsed savings and loans and finance houses as well as microfinance institutions, to release locked up funds of rural and community banks.

The receiver, Eric Nana Nipah announced earlier that customers of the collapsed institutions cannot have access to more than GHS20, 000 of their deposits irrespective of how much is locked up.

The cap placed on the amount paid to depositors has resulted in large institutional depositors with more than GHS20, 000 locked up struggling to get their monies back.

The situation has put some rural and community banks under severe liquidity constraints as they battle to refund their customers’ deposits.

But, speaking at the 7th National Rural Banking Week Celebration in Takoradi, First Deputy Governor of the Bank of Ghana, Dr. Maxwell Opoku-Afari assured the affected rural banks that they will soon have access to their funds to ease the pressure on them.

“We are aware that a number of large institutional depositors (including financial institutions, especially rural banks) have their funds beyond GHS20, 000 locked up.

“I would want to announce that an understanding has been reached between the Ministry of Finance, BoG and the receiver to find a way to unlock these funds. Discussions on modalities are ongoing, and once concluded, will be announced very soon,” he said.

According to Dr. Opoku- Afari, despite the severe challenges that a number of rural banks are facing, the central bank took a deliberate decision not to include the sector in its regulatory crackdown exercise.

“The Bank of Ghana decided not to include the rural and community bank segment of the financial sector in the reform process that began in 2017 because of its criticality to the financial inclusion agenda of the government,” he said.

That notwithstanding, Dr. Maxwell Opoku- Afari said the regulator is working together with the Ministry of Finance and the Apex Bank to implement a reform plan that will address the current challenges facing the rural and community banks.

The Bank of Ghana, he noted, is also working closely with the Association of Rural Banks to tighten supervision and regulatory compliance including meeting the minimum capital requirement to address the non-performing loans.

In this regard, the Bank of Ghana has extended the deadline for meeting the minimum paid-up capital to February 28, 2020.