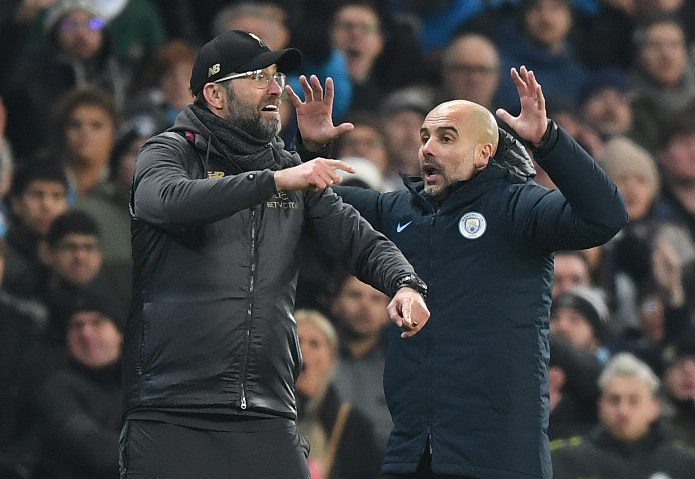 Come Sunday, Manchester City visit Liverpool for a game that determines just how wide the point difference would be between England’s top two teams battling for Premier League supremacy, ahead of the year’s final international break: nine, three, or still six.

Of course, City have always been to Anfield, but having only won there once in 28 top-flight trips and never in the last 16, they know — more than most other visitors — just how tough playing for a favorable result in the red half of Merseyside is. It never gets easier; in fact, this time, it only gets harder, for one small reason: City have never played this Liverpool team before.

Yes, this is the same Jurgen Klopp-shaped side that has had some intense battles with Pep Guardiola’s City — decided by mere millimeters, a goal or two, missed penalties, or absolute thumpings — over the last two seasons in England and in Europe. And, yes, it is very much the same Liverpool that pushed City all the way to within a point of securing maiden Premier League glory in 2018/19.

But the current version of Liverpool is different in the sense that there is a collective belief in the dressing room (even if you don’t hear them say it out loud) that they cannot be beaten, especially at home — and especially by a latter-day rival that, after all the billions of oil money pumped into it in the last decade, still hasn’t figured out how to do it.

Maybe that is what defying the odds time and again over the past few months does to a side’s confidence. And maybe that’s a belief which — considering how even resilient opposition like last weekend’s Aston Villa succumbed to Klopp’s “mentality monsters” in the end — is being etched into the minds of Liverpool’s opponents these days.

City (Manchester, not Leicester; but, you know, whatever works for you) may be the ones banging in goals for fun, but it’s Liverpool — 3-0 at Burnley, 1-0 at Sheffield United, 4-3 to RB Salzburg, 1-1 at Manchester United, or even 5-5 with Arsenal — who just can’t seem to run out of ways to not lose. More often than not, too, they end up winning — so often that the league draw with United some matchdays ago felt like a loss, and the slightly earlier Champions League defeat to Napoli like it never happened.

That’s the Liverpool — league leaders and European champions, no less — that Guardiola would have to find a way past at a venue where he has already lost thrice; a side that seemingly can’t be beaten on the pitch and, more importantly, in their heads. Forget Mohamed Salah. Or Sadio Mane. Or Roberto Firmino. Or Virgil van Dijk. Or even Fabinho. The real force driving Liverpool to the league title this season is the relentless ‘demon’ of invincibility that has inspired the unbroken chain of W’s strung together either side of last month’s Old Trafford blip. And at Anfield, where the Reds haven’t lost since April 2017, that demon has its haunt.

True, we know how brilliant a manager Guardiola is — but is he as good an exorcist, too?

Menzgold falls on PAYBOY to negotiate payments with customers