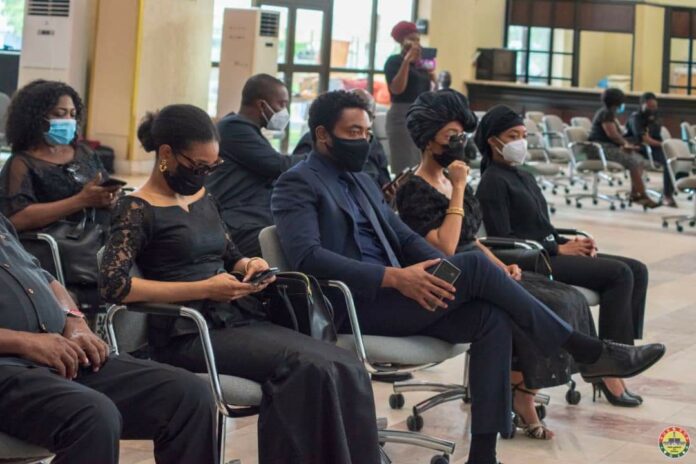 Former President John Dramani Mahama has declined to meet with the children of the Jerry John Rawlings, Daily Mail GH has gathered.

The children led by Zanetor Agyeman-Rawlings were at the office of Mahama, who’s the presidential candidate of the National Democratic (NDC), the party Rawlings founded to inform him of their father’s demise.

But, he failed to meet them as scheduled, according to reports.

Sources close to the development and per Accra-based Asaase Radio the children of the late first President of the Fourth Republic arrived to a “locked office before 8am to officially inform him [Mahama] about the death of Rawlings.”

“They arrived to a locked office before 8am and waited for half hour until the cleaners showed up to put the office in shape. They waited for an hour with no staff around to receive them. Eventually the children, Zanetor Agyeman-Rawlings, Yaa Asantewaa, Amina and Kimathi, who arrived in the country from Italy at the weekend, had to return home to receive other scheduled visitors, a source close to the NDC headquarters, who arrived at 8.30am for the occasion,” the Radio station reported.

Speaking at a vigil held by the National Democratic Congress (NDC) in honour of the late military leader and founder of the party, ex- President said the late Rawlings “was not perfect, neither are we perfect…

Having led this country for 19 years, longer than any past leader has and ever will, his impact on where our country has come from and where it is headed cannot be understated”.

“Let us make his death bring us together”, He added.

The founder of the NDC and the first President of the Fourth Republic Rawlings died on Thursday, 12 November 2020, at the Korle-Bu Teaching Hospital, where he was receiving treatment, after a short illness.