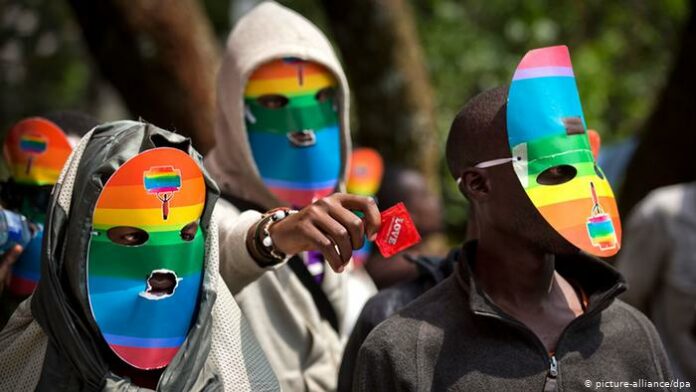 Major foreign aid donors called on Ghana on Tuesday (25 May) to respect LGBT+ rights following a crackdown including arrests of people from sexual minorities and an increase in homophobic persecution.

In the latest incident, police in Ghana arrested 21 people last week for promoting LGBT+ rights during a training workshop at a hotel in Ho.

The United States and the World Bank told the Thomson Reuters Foundation they were closely watching the situation in the country, where gay sex is punishable with up to three years in jail.

“We urge national leaders in Ghana to uphold constitutional human rights protections and to adhere to international human rights obligations and commitments for all individuals. This includes members of the LGBTQI+ community,” a U.S. state department official said.

“We call on all Ghanaians to respect the provisions under Ghana’s Constitution that guarantee freedom of speech, expression, and peaceful assembly.”

Washington gave more than US$210 million in aid to Ghana in 2018/19 for projects linked to governance, agriculture, health, education and infrastructure, according to data from the Organisation for Economic Cooperation and Development (OECD).

Ghana has not prosecuted anyone for same-sex relations in years, but LGBT+ people face frequent abuse and discrimination, including blackmail and attacks, human rights groups say.

In February, Ghana’s first LGBT+ community centre was raided and shut down by authorities soon after it opened following strong opposition from politicians and church organisations.

The move emboldened a group of lawmakers who want to criminalise the promotion of LGBT+ rights in the country, and plan to present a private members bill before parliament.

LGBT+ rights groups in Ghana say recent events have stirred up homophobic sentiment, with community members reporting increased attacks by the public as well as persecution by authorities.

This included the arrest of 14 LGBT+ people at a party in March who were accused by police of attending a “lesbian wedding”, they said.

The World Bank, which provided almost US$150 million in low- and zero interest loans and grants in 2018/19 through its International Development Association arm, said it was also monitoring the situation.

“We are aware of the challenging context for LGBTI people in Ghana and are watching the developments closely,” a World Bank spokesman said in a statement.

“As a member country of the World Bank Group, Ghana endorsed the Bank’s Environment and Social Framework that has clear, explicit, and mandatory requirements on inclusion and non-discrimination for World Bank financed projects.”

International rights organisations, such as Amnesty International, Pan Africa ILGA and CIVICUS, and celebrities have also voiced concern about the increasing intolerance towards Ghana’s sexual minorities.

$3 million worth of cocaine destroyed in Ghana