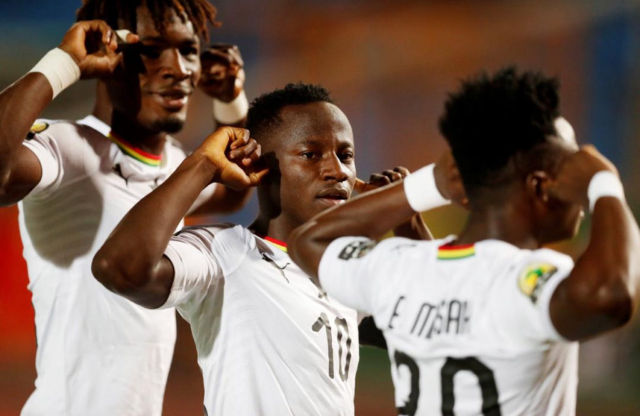 Ghanaians adore the Black Stars, the senior national side, and when times are good, they gladly make a show of it.

But there is another tale of romance — passionate, but not one you hear related as often. It is with the Black Meteors, the nation’s U-23 team. A decade on from their last major title, the Stars played neighbors Ivory Coast in the final of the Africa Cup of Nations but lost on penalties; silver was collected at the end of a marathon series of spot-kicks, yes, but it felt like nothing at all.

Months later, the Meteors took on the world, reaching the last four at the Olympic Games for the first time. Hosts and eventual champions Spain — featuring Pep Guardiola and Luis Enrique, then too young to even fantasize about winning trebles as managers of FC Barcelona — limited Ghana to the third-place play-off, and the Meteors snatched bronze in the ensuing battle with Australia; it felt like everything and more.

Ghana thus became the first African side to claim an Olympic medal in football, and although rivals Nigeria and Cameroon would better that feat with gold at subsequent tournaments, the high remained for a while. The Meteors soon came crashing to earth, however, with two more outings at the Olympics — eight years apart, the last coming in 2004 — proving far less spectacular, and the only thing the Meteors have achieved since was triumph at the 2011 African Games (more on that later). And so you’d hear Ghanaian anger hunger for Nations Cup glory expressed rather frequently, but the Meteors’ own struggle for success only occasionally bubbles to the surface — every four years, at least.

This year, it has.

Japan, land of the rising sun, has the next edition of the Olympics rising on its horizon, and never in a long while has Ghana been this close to returning to that grand stage. Victories over Gabon, Togo and Algeria earned the Meteors their maiden Africa U-23 Cup of Nations appearance and a shot at grabbing one of three tickets to Tokyo 2020. Two are now taken, and Ghana would kick themselves for not nicking one, following a penalty shootout loss to — wait for it — Ivory Coast in Cairo on Tuesday, but it certainly wasn’t due to a lack of effort or even desire (let’s leave the long overdue, must-have national forum on penalties for another day, shall we?).

In the group game against Egypt — owners of the other ticket contested yesterday — Ghana led twice and fell behind thrice. This time, though, they chased the Young Elephants, drawing level twice, but ultimately falling to a painfully familiar foe in a painfully familiar manner.

In defeat, though, Ghana head coach Ibrahim Tanko — suffering a second shootout blow as a coach on Egyptian soil in five months — was gracious, but also hopeful.

“I want to congratulate Cote d’Ivoire who qualified to the final and got their qualification to the Olympics,” the former Ghana international begun, concluding: “Tonight we missed on penalties, but both teams have given a beautiful image of African football and we still have a chance of Olympic qualification with the ranking match.”

That duel is one Ghana can — and must — win. Thankfully, Tanko’s boys are fighters and believers. They upset Algeria on their own turf in the penultimate qualification stage to get to the Afcon, defied the odds again to narrowly slip out of their group at the finals itself, and almost pulled off another unlikely stunt versus the Ivorians yesterday. Now, though, there is one more game to play, one more opponent to slay — and Tokyo won’t seem too far away.

Reach out and touch it.

THE DEBATE: Is Gyan’s Ghana Return Really A Good Thing?