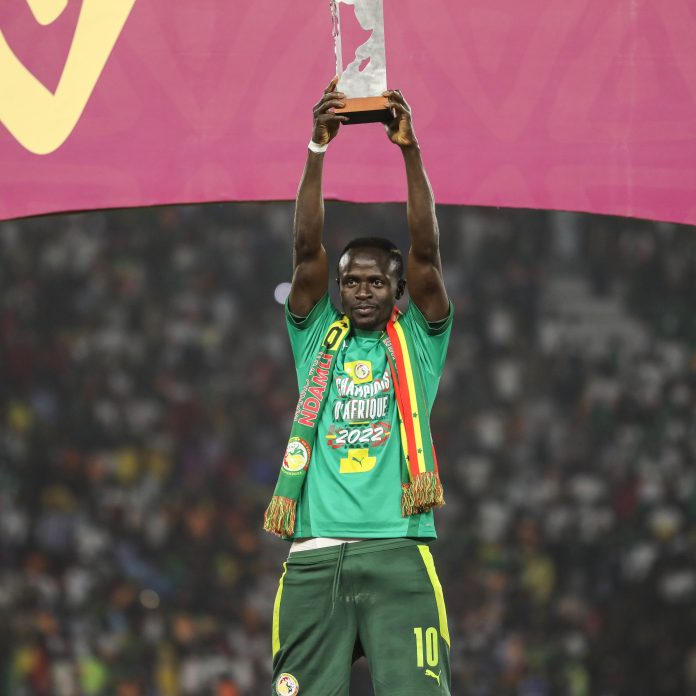 Senegal talisman, Sadio Mane was adjudged the Most Valuable Player of the 33rd CAF Africa Cup of Nations tournament in Cameroon.

The Liverpool man got one over his club teammate Mohamed Salah to win the prestigious Africa Cup of Nations Player-Of-The-Tournament accolade.

Mane scored three goals in the tournament and carried his country on his shoulders to their first AFCON success in Cameroon on Sunday evening at the Olembe Stadium.

Though he missed a crucial spot kick in the first half after just seven minutes into the grand finale of the competition but the diminutive playmaker kept his cool when it mattered most to score the winning penalty to hand Senegal their first trophy.

The talisman was therefore adjudged the Best Player of the AFCON Tournament after scoring three and providing two assists to help his country break the trophy drought.

Senegal won their first continental silverware after missing out in 2002 to Cameroon and 2019 in Egypt to Algeria.