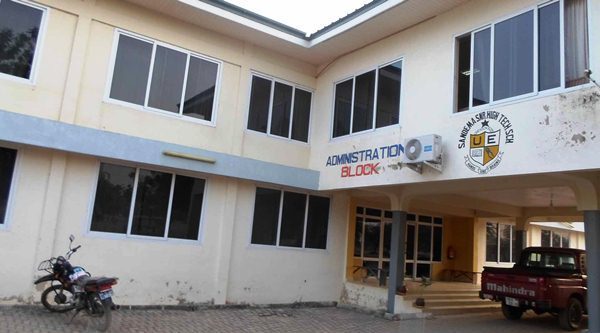 The Sandema Senior High Technical School in the Builsa North District of the Upper East region has been closed down following a riot which led to a student’s death Tuesday.

A first year male student died during the melee with another left unconscious after police clashed with students Tuesday night.

The deceased (name withheld) died from wounds when a stray bullet allegedly hit him as the police attempted dispersing students who had gone on rampage after they had been beaten by the school cadet for flouting school rules, a source said.

The security council has shut down the school until early August.

According to sources, a group of students who resisted attempts by the school cadet to drive them into their dormitories sparked the riots.

It degenerated into a scuffle and the students moved out hurling stones and objects at staff and destroying school property.

Following the melee, the police were called in to calm the situation but the students who did not like the presence of the security men turned their anger on them, resulting in the firing of warning shots to diffuse the situation.

In the process, a student was hit by a stray bullet, the source confirmed.

The student, who was hit in the chest, was rushed by the police to the Sandema District Hospital but was pronounced dead shortly after he was admitted.

The situation has since created fear and panic, resulting in most of the students deserting campus.

The District Chief Executive (DCE) of Builsa North, David Afoko, was at the troubled school a while ago to announce to the students the decision DISEC had taken over the development.

“They refused eating and there was still tension there. So, the best decision we took was to allow them to go. They have left. Before I left there, majority of them had left; so, once they were going, there was no need I stand there.

“Now that we are all well informed, we will come back as DISEC and set up a five-member committee. We are giving the committee three weeks to come up with a report. The committee will have representatives from the board of directors of the school, security services, the district assembly and the Ghana Education Service. We have given the students two weeks to come back. They will be reporting on the 30th of this month,” the DCE told Accra-based Starr FM.

Supreme Court to sit on Tuesday amid coronavirus spread