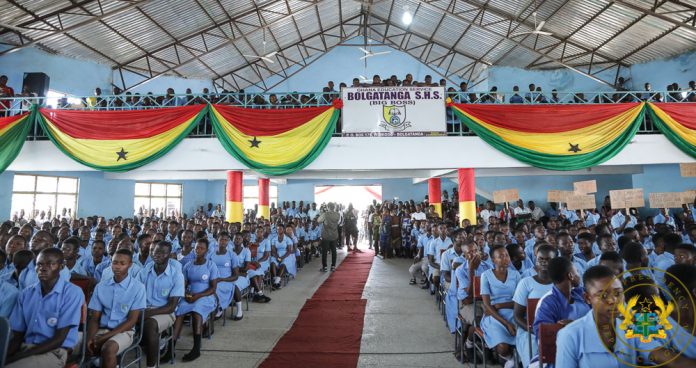 Senior High Schools in the Upper West and Ashanti Regions have warned of an imminent closure if authorities fail to supply them with adequate foodstuff to feed students.

In a letter widely shared online the Conference of Heads of Assisted Schools (CHASS) in the Upper West Region said there are food shortages in all schools in the region, which have been caused by local suppliers’ refusal to supply food to various schools.

“It came out that the food suppliers contracted by Buffer Stock Company and those local suppliers contacted to help out are all refusing to supply due to non-payment of outstanding monies owed for food supplied to the schools. This has led to serious food shortages in all the schools in the region. In fact, an assessment of the situation indicated that most schools cannot go beyond one week if nothing urgent is done about it”, the letter read in part.

The situation, according to CHASS, has compelled heads of schools to feed students with whatever is available in the school food stores, while students bring their own sugar to the dining hall.

Candidates writing the WASSCE will be compelled to feed themselves or come from home to write the exams. Sporting and cultural activities at the school, District, Regional and National levels will be suspended with immediate effect until further notice.

Workshops and other activities which involve the payment of money will also be suspended, as it is becoming impossible for schools to pay for these activities, it said.

The Ashanti Regional Chairman of the conference of Heads of Assisted Secondary Schools (CHASS), Rev. Fr Stephen Owusu Sekyere, confirmed that most schools in the region were facing an inadequate supply of food items, with the major challenge being vegetables, palm oil, sugar, and flour reports the Daily Graphic.

Rev. Fr Sekyere, who is also the Headmaster of the Opoku Ware School (OWASS), said at times “students come to the dining hall with their own sugar. But we have been managing with the little we have and when it gets finished, we wait for the supplier”.

“Because I don’t want the students to demonstrate during my tenure, at times I have to dig into my pocket to buy some of the items from the open market just to ensure that the students are okay,” he told the state-owned agency.

He said at times when the supply came, “we get about five gallons of oil, which do not last two weeks for a student population of over 3,000”.

“This is even for schools in the metropolis; you can imagine what those in the hinterlands are going through,” he added.

The Ashanti Regional Students’ Representative Council (ARSRC) which is next to join the call said the situation, if not remedied, could affect the health of the students in the affected schools.