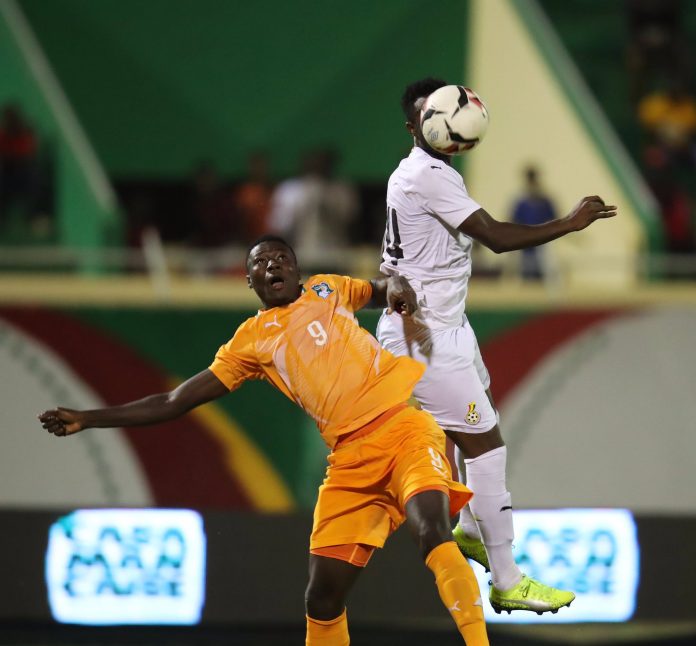 Ghana’s captain Shafiu Mumuni made history in the ongoing West African Football Union (WAFU) competition in Senegal after bagging a hat-trick in the semi final clash against Ivory Coast.

The Ashgold striker became the first player to score three goals in a single game ever at the event since its inception.

Mumuni before the game was the joint-top scorer for the Ghanaians scoring the equalizer for the stars in the previous match against Burkina Faso at the quarter final stage of the tournament.

The Ghanaian sharp attacker and predatory finisher scored three times in the semi-final when Ghana beat Côte d’Ivoire by an emphatic 3-1 scoreline.

Shafiu is on course of winning the top-scorers’ award of the competition if he manages to add a goal or two to his tally when they meet either Senegal or Mali who would be playing on Wednesday October 9th in the final.