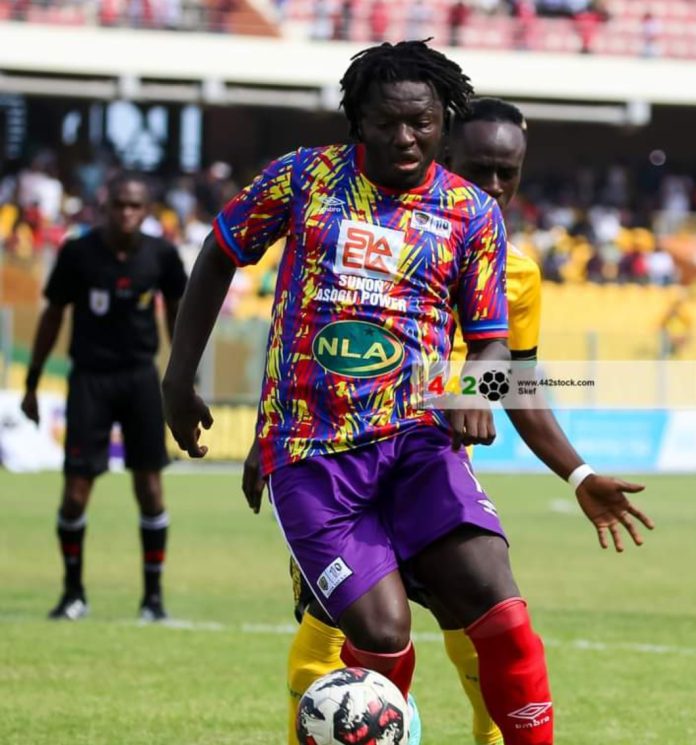 Ghana legend Sulley Ali Muntari has been left out of Ghana squad by coach Otto Addo for the crucial encounters against the Super Eagles of Nigeria.

Muntari won his first trophy on domestic soil with Hearts in the 2022 President’s Cup against arch rivals Kumasi Asante Kotoko SC earlier this month at the Accra Sports Stadium.

The 37-year-old former AC Milan midfielder has also registered one assist in the Ghana Premier League when he set up Isaac Mensah to score against Legon Cities FC in their 1-1 stalemate away at the Elwak stadium.

Muntari also has scored one goal in the league as he grabbed the winner against West African Football Academy (WAFA) SC at home with the Phobians winning 2-1 against the Academy Boys.

In his six matches for the Rainbow Boys, the UEFA Champions League, Italy Serie A, and England FA Cup winner has one goal and one assist in the Premier League winning one trophy.

He aalso won the Man-Of-The-Match award in Hearts win over Obuasi Ashantigold SC with a superlative performance last Sunday in Accra.

Muntari scored 20 goals in 84 matches for Ghana and also played at all the three World Cups Ghana has participated in over the years.