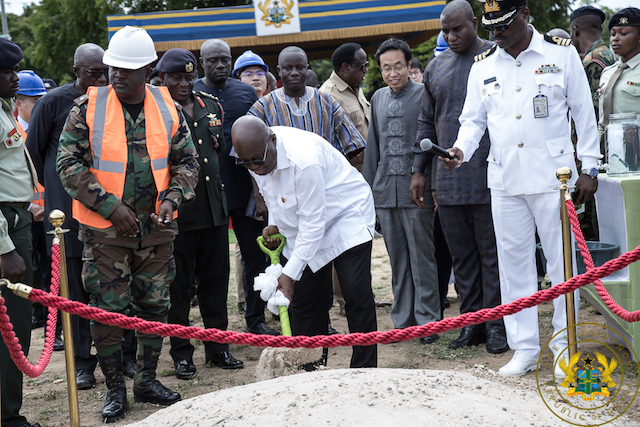 According to some analysts and sociologists, there are few elemental forces that hold our world together, and the major one that glue society into companionship is trust. But trust is not automatic, it must be earned; it is something hard to define, but we do know when it is lost; it most often happens when promises are broken or violated. For instance, when we depend on a leader, we can feel vulnerable, and we need trust to manage the anxiety of this feeling. When trust is present, things go well; but when trust is lost, the relationship is at risk.

President Akufo-Addo‘s relationship with the people of Ghana is at risk — the trust they had in him hasn’t only been lost, but damaged because he has violated and broken his promises, and done the opposite of what he said he would do or would not do. Many trust-destroying events  have occurred since he became president. There are plethora of them that have left visible scars on the people of Ghana. But because of space I will mention only a few. There is this Akan proverb that says that if one uproots a mushroom, he or she should show the mound on which it was pulled out, and I’m going to show the mound on which these acts of capriciousness and duplicity on the part of Nana Akufo-Addo were uprooted. I will back my evidence with videos, quotes, dates and publications.

Nana Akufo-Addo prior to the 2016 elections, at the University of Development Studies (UDS) in Navrongo in the Upper East Region, promised to build 350 brand new Senior High Schools (SHS) from scratch in the first 18 months of his government if he becomes president of the Republic. Please watch the video below:

Interestingly, it’s almost four years since he and his NPP were voted into office, but not even a single SHS structure has been built.

Furthermore, Nana Akufo-Addo accused Mills and Mahama governments for contracting a total of US$37 billion within seven years. He said this on Thursday, 26th February, 2016, in an address to counter President Mahama’s State of Nation Address.

Also, speaking at a fundraising dinner in London, organised by the UK branch of the Young Executive Forum of the NPP on Friday, June 10, 2016, the then flag bearer of the NPP, Nana Akufo-Addo said, “My approach is going to be different from that of John Mahama. It is not going to be tax, borrow and spend. My priority will be to reduce the cost of doing business to help small scale enterprises grow, and to make the Ghanaian economy become globally competitive.”

However, moving forward, in October, 2018, at an entrepreneurship forum in Nigeria organised by the Tony Elumelo Foundation, Nana Akufo-Addo said that he won’t stop borrowing, and that even the United States of America  borrows.

Even though Nana Akufo-Addo accused the Late Mills and former President Mahama for borrowing US$37 billion in seven years, he has unfortunately  borrowed over US$140 billion in less than four years without much tangible projects to show.

It seems that Nana Akufo-Addo has the knack of not being sincere. It would be recalled that at an NPP Delegates Conference in Kumasi on Saturday, 17 January, 2016, he falsely accused  President John Dramani Mahama for running a family and friends government. Nana made this solemn promise to the people of Ghana, “Should I win power in December, 2016, I will not operate a family and friends’ government as Mahama is doing.”

It is instructive to note that former President Mahama appointed only one of his family members (a distant cousin, Hon. Joyce Bawa Mogtari) as Deputy Minister for Transport in his government.

Astonishingly, the National Democratic Congress (NDC) in a press conference on Tuesday, 5th November, 2019, dubbed “The Moment of Truth,” listed over 50 appointees of President Akufo-Addo who are his family members.

Some of the names mentioned are as follows: Nana Asante Bediatuo, a cousin of the President who is his Executive Secretary. Bediatuo’s father, Kofi Darko Asante, chairs the Governing Council of the Ghana Institute of Management and Public Administration (GIMPA), his mother, Mrs. Vida Asante, is the head of the Presidential Household and his brother, Kwesi Kuntu Asante, sits on the Board of Ghana Hostels. In addition, Nana Asante Bediatuo’s sister, Lauretta Asante (marital name, Otchere), is one of the three Deputy Directors-General at the Social Security and National Insurance Trust (SSNIT).

Other relatives of President Akufo-Addo who currently occupy various positions in his government include, Ken Ofori-Atta, Finance Minister, Samuel Atta Akyea, Works and Housing Minister, and Kwesi Amoako Atta, Minister for Roads and Highways, all of whom are cousins of the President.

There are others: President Akufo-Addo has made his own daughter, Gyankroma Akufo-Addo, the Head of the Creative Arts Council, Duke Ofori-Atta, brother of Ken Ofori-Atta is a Presidential Staffer at the office of the Chief of Staff, the wife of Gabby Asare Otchere-Darko, and in-law of the President, Nana Adjoa Hackman, is on the Board of the Ghana National Petroleum Corporation (GNPC). Also, Mr Ekow Hackman, brother of Gabby’s wife, has been appointed as the Board Chairman of the Bulk Oil Storage and Transportation Company Limited (BOST).

Besides, Nana Fredua Ofori Atta another cousin of President Akufo-Addo has been made Chairman of the National Theatre Board; Dr Edward Kwapong, the Chief Executive of the Fair Wages and Salaries Commission, and the current Attorney General and Minister of Justice, Miss Gloria Akuffo are all paternal relatives of President Akufo-Addo. The list goes on and on.

As if these whimsical arbitrariness and chicanery were not enough, President Nana Akufo-Addo announced the construction of hospitals in some 88 districts across the country during his eighth address on Sunday, April 26, 2020.

“There are 88 districts in our country without district hospitals; we have six new regions without regional hospitals; we do not have infectious disease control centres across the country; and we do not have enough testing and isolation centres for diseases like COVD-19. We must do something urgently about this. That is why Government has decided to undertake a major investment in our healthcare infrastructure, the largest in our history. We will, this year, begin constructing 88 hospitals in the districts without hospitals,” he said.

It’s very worrying to note that we are in November, 2020, but none of these 88 district hospitals promised by Nana Akufo-Addo to commence this year has been started.

Given the above quirks, whims, caprices and double-dealing  of our President, many Ghanaians have become fed up with his  behaviour, and are doubting his trustworthiness. This is uncomfortably close to the truth: and could be an act of self-harm to his chances of retaining power, because many people do not want to associate with someone who is not reliable.

Harruna Attah writes: Covid the leveller and a moral choice