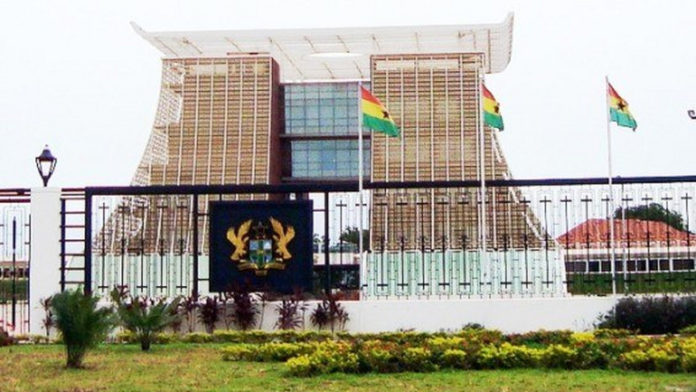 An aide to the former president John Mahama has taken some presidential staffers to the cleaners in what he describes as “acts that are politically childish” on their part.

In a Facebook post, Stan Dogbe bemoaned the sinking image of the presidency due to some irresponsible behaviors being exhibited by some presidential staffers.

“The display of political childishness by the Jubilee House and the quest to always look at scoring political points instead of a focus on proper governance will obviously not end soon.

“As is predictable of the conduct of the President and his officials, I have noted, like many others have, a photograph of a labeled chair taken in the Jubilee House Banquet Hall, and which has been handed down to some internet junkies to spread around, suggesting that former President John Dramani Mahama refused to attend a meeting of political party heads this afternoon.

“How I wish they had started circulating the said photo before the end of the meeting so our National Chairman who led the NDC delegation to the meeting will expose and embarrass the President for who he is.

“What is this politics of labeled chairs anyway?

“Firstly, not only did the General Secretary of the NDC write to the Jubilee House, detailing to them who the Party’s representatives at the Meeting today will be; the Former President’s office also confirmed in a telephone call with the Chief of Staff’s office this morning, who the participants will be.

“If it wasn’t for cheap politicking and the lies that our Seat of Government is now associated with, why will they label a chair for a supposed participant, who was not going to be at the meeting anyway?

“In any case, the Jubilee House invitation was directed to the General Secretary of the NDC and not to the Former President. So, I am inclined to ask what plans did the president have, which occasioned the desperate attempts by agents of the President to reach out to officials of the NDC, to come along with the former President to the said meeting at all cost?

“For the avoidance of doubt, the Party’s letter was delivered to the Secretary to the President, Nana Asante Bediatuo, who signed the invitation letter, which was addressed to our Party General Secretary and not to the Former President.

“As was indicated in the NDC letter, because the issues surrounding the COVID-19 were more technical than political, two members of the NDC COVID-19 Technical Team (Messrs Prosper Bani and Dr. Ebow Jehu-Appiah), will accompany the National Chairman of the NDC, Hon. Samuel Ofosu Ampofo to the meeting.

“These three senior officials of the NDC were present and did contribute elaborately and practically to the issues up for discussion.

“Why would a whole presidency reduce what was supposed to be an important national conversation on a matter that we all, as a people, are troubled about, to a politics of chairs?

“As I said some time ago, find other means to dim the shine of John Mahama, but definitely not through such infantile political games.“

Our situation will get worse – SA President warns

UDS Navrongo Campus to be named after “rock” C.K Tedam –...

Check out why prices of LPG will shoot up this September,...