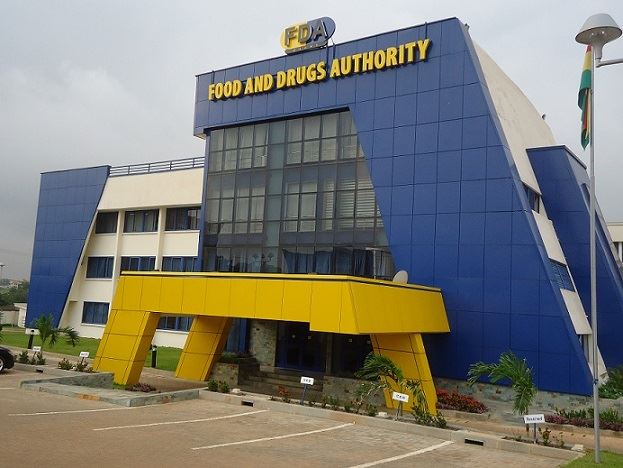 The leadership of the Public Services Workers Union (PSWU) is threatening an industrial action over decision by management of the Food and Drugs Authority (FDA) to perpetually stop the local union from holding meetings.

Leadership of the FDA chapter of the PSWU, having been denied the opportunity to meet its members on October 14, 2019 due to the reason of short notice as indicated by management, rescheduled the said meeting and in a memo on October 15 informed management of “our intention to have staff (union) meeting to discuss pertinent union matters” on October 24 at 9am. Management, however, in a response issued a memo pointed to Sections 131 (1) (2) and (3) of the Labour Act 2003, Act 651 to stop the union from holding the said meeting “during working hours”.

The memo reproduced the clauses below to ground their decision:

(1)          “An officer of a trade union or any other person shall not during normal working hours attempt to persuade or induce a worker, not covered by a collective bargaining agreement, to become a member or an officer of the trades union while the worker is on the premises of his or her employer, without the consent of the employer”.

(2)          “An officer of a trade union or any other person shall not during normal working hours confer with an employee on trade union matters while the worker is on the premises of his or her employer without the consent of the employer”.

(3)          “A person who contravenes subsection (1) or (2) is guilty of unfair labour practice”. The memo consequently directed the union to only engage in union activities outside working hours

“Management notes that local union executives are expected to show leadership to its membership by respecting laid down laws,” the memo emphasized.

“We request that the union and its executives act in good faith at all times for the authority that employs them and guarantees their livelihoods,” it concluded.

The PSWU has, however, flatly rejected the grounds upon which management of the FDA declined the meeting of the local union.

In a letter to the Chief Executive Officer of the FDA in possession of DailymailGh.com, acting General Secretary of the PSWU Bernard Adjei warned of a nationwide strike if the decision of management is not reversed.

“We would like to draw your attention to certain developments in the management/union relations at the FDA which is likely to cause a nationwide collective action, if you do not intervene swiftly.”

Mr. Adjei in the letter described the decision “as an attack not only on the unionized staff of the FDA but an attack on the Public Services Workers Union of the Trades Union Congress and by extension the working people of Ghana.”

Also citing the labour Act, the PSWU scribe accused management of unfair labour practice explaining for the past three (3) years of the local Union’s existence, even before the current CEO’s appointment, the Local Union has held successful meetings without any fallout and had been accorded reasonable cooperation by the administration led by the past CEO. The question on the minds of the teeming livid members of the Union across the country, who see this as an infringement on their freedom of association and to right to form or join a Union and participate in its activities,  is “what has informed this decision”?

According to the PSWU, what is more baffling is that in a recent meeting held on October 7th, 2019 with Management to discuss issues of a halt on staff promotions, proposed salary structure to favour some professionals, stalled CBA negotiations among others, a consensus was reached by both parties to improve industrial relations only for Management to take this decision which clearly contradicts that mutual agreement.

With reports gathered indicating a general apprehension among staff of the FDA due to what they believe are attempts to intimidate and suppress them with transfers disguised as staff rationalisation, this decision appears to corroborate the narrative.

“We advise management to refer to section 129 of the Labour Act, 2003 (Act 651) which enjoins the employer “subject to notice of not less than twenty four (24) hours to allow any officer of a trade union reasonable FACILITIES and TIME to confer with the employer or workers on matters affecting the members of the union and an employer who fails to give reasonable FACILITIES and TIME is guilty of unfair labour practice”.

He assured the union will protect the rights and interests of its members at the FDA using every means necessary.

“We will like to serve notice that in Accordance with relevant provisions of Act 651, that the PSWU will take all necessary measures and actions to secure and promote the workers’ constitutional rights to belong to a Union and to participate in trade union activities”.

Management has, however, told DailymailGh.com it is awaiting direction from the health ministry and other bodies copied by the PSWU in its letter before any decision can be taken on the matter.

Management of FDA cites same reason for the inability of management to reply the letter from the Union. It however insists the decision taken by management is well grounded in the labour Act.