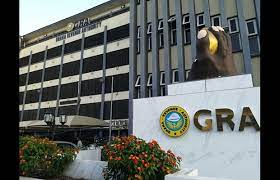 Grapevine reports received indicates that both Senior and Junior Officers of the Customs Division of the Ghana Revenue Authority (GRA), are threatening to embark on a nationwide sit-down strike.

The impending industrial action is over promotional issues and other matters of grave concern which have not been given the needed attention by management of GRA, despite efforts to resolve it amicably.

One of the Senior Officers who agreed to speak under anonymity, revealed that some officers have been denied promotion for nearly a decade. He explained that, unlike other security services such as Ghana Police Service and Ghana Prisons Service, where promotion is given to staff automatically for intake groups, the situation is entirely different for Customs officers.

According to him, Customs Officers due for promotion endure an unnecessarily stressful interview process empanelled with strangers who do not have any technical background in Customs operations.

Meanwhile, officers who make higher marks than the declared minimum marks are denied their promotions which comes on quota bases, a situation which has created a lot of backlogs of outstanding promotion.

Our sources revealed that the Management of GRA is refusing to promote the Officers even though they outscored the minimum pass marks of 70% and 75% due to what we learnt is as a result of unscientific and baseless vacancies declared by a leading figure at the head of the Human Resource Department.

This issue, we gathered is severely demoralizing Officers who contribute significantly to mobilising revenue and form an integral part of the security architecture responsible for preventing smuggling of illicit goods across borders. Coming at the time when the country is in dire need of revenues more than ever and at the back of threats of posed by terrorism in the sub-region is of grave concern due to important roles Customs Officers play in securing the borders of the country

Another intriguing issue bothering the Customs Division is the failure of GRA to adhere to the Supreme Court ruling on CEPS vrs National Labour Commission (NLA) and the PSWU of Trade Union Congress (TUC), as well as Ayimbire vrs Attorney General and another, Ayimbire (J12 of 2013){2015}, in which the SC barred Customs Officers from forming or joining any Labour Union.

Despite these judgements, the GRA is said to have ignored calls by the Customs Staff Association to stop deducting Labour Union dues from salaries of Customs Officers for the benefit of the Public Services Workers’ Union (PSWU) and the Ghana Revenue Authority Workers (GRAWU). The situation, we are informed, had led the Association to file a writ in the High Court to enforce the said judgements since 2020.

In a circular signed by the National Secretary of the Customs Staff Association, Mr Gift E. Kofi Tsamah, sighted by us, the Association called on all Officers of the Customs Division to withdraw from the Unions in compliance with the Supreme Court judgements. According to the circular, the Unions have continuously demonstrated lack of interest in specific matters and concerns that affects Customs Officers

The refusal of the management of GRA to take Customs Officers out of the various Labour Unions is contemptuous.

The management of GRA and the Ministry of Finance ought to appreciate the prominent role played by Customs towards national development.

The Officers across the country are determined to embark on a sit-down strike effective next week, if the Management of GRA fails to promote all officers who participated in the recently organized promotion exercise, and failed to immediately comply to the Supreme Court ruling on the status of Customs Officers with respect to Unionisation.

It will be a big blow to the NPP government if they sit aloof for Customs Officers to embark on nationwide strike of any form.