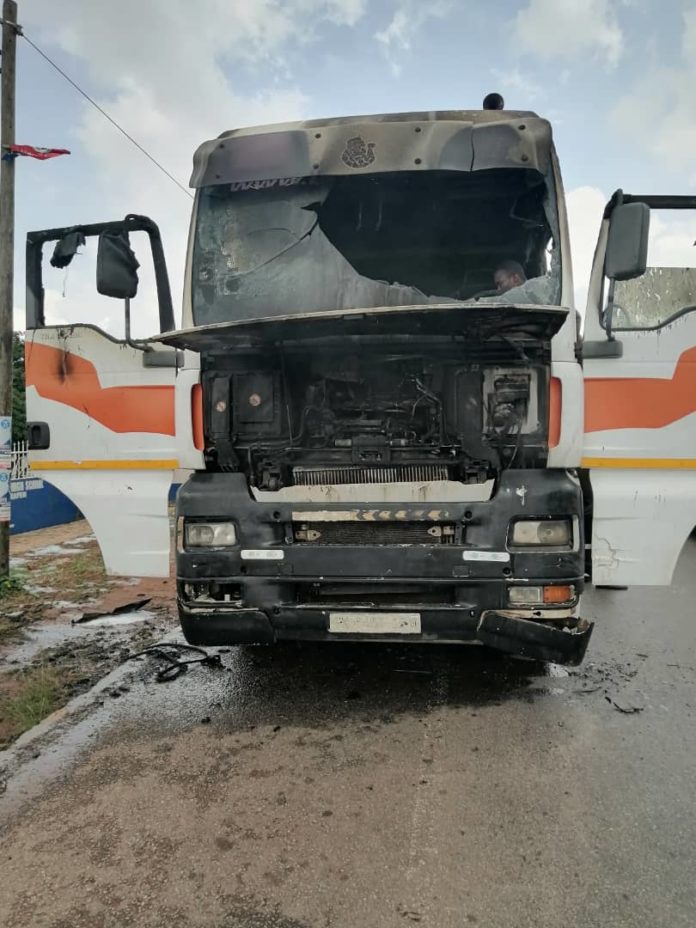 A fully-loaded gas tanker caught fire at the Mampong Akuapem Presbyterian School –forcing students and teachers to flee for safety.

The Friday afternoon incident occurred in front of the school’s gate when the fuel tanker eventually caught fire.

It is reported that the truck with registration number GN 7453–15 was carrying LPG from Tema to be discharged at Mampong Akuapem in the Akuapem North District of the Eastern Region.

“Parts of the vehicle, however, burnt,” a witness told Dailymailgh.com.

Bystanders also kept themselves busy as they took footages at the scene and shared on social media platforms.

He said the police also prevented onlookers from exposing themselves to a near explosion.

It still remains unclear what triggered the incident as many expressed concern about the status of occupants in the truck.