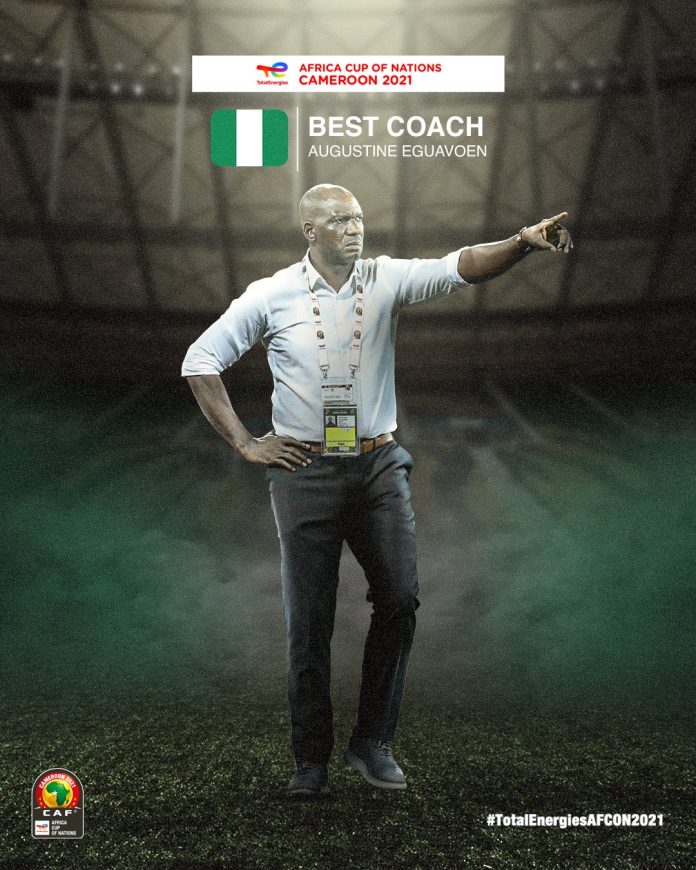 Augustine Eguavoen has been adjudged as 2021 Africa Cup of Nations tournament group stage best coach by the Confederation of African Football (CAF).

The interim Super Eagles coach masterminded three wins in three matches at the group stage as Nigeria topped their group with nine points from three matches.

Eguavoen, who took over the Nigeria coaching job few weeks to the ongoing Africa Cup of Nations tournament in Cameroon have seen his team become the only team to win all three group stage games.

The Super Eagles scored six goals and conceded one which came from the penalty spot in their 3-1 win over Sudan.

The three-time AFCON champions beat seven-time winners Egypt in their first game before victories over Sudan and Guinea Bissau respectively to amass nine points from the group stage.

The Nigerian head coach was subsequently named by CAF as the best tactician in the tournament at the group stage following his team’s explosive and commanding display.