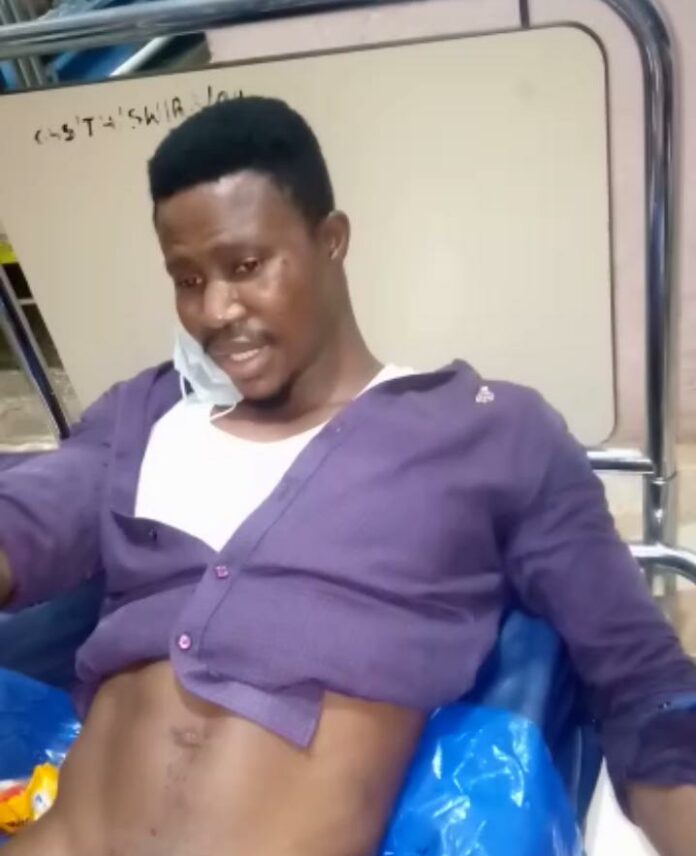 A man in custody shocked officers at the Tafo Pankrono Divisional Police Command in the Ashanti Region, when he chewed off the testicles of another inmate during a fight in a holding cell.

It still remains unclear what sparked the Thursday morning brawl at the station’s charge office.

A police incident report sighted by dailymailgh.com said the inmates, Jafaru Boakye, a remand prisoner, and one Awudu Abdulai, were engaged in a scuffle.

In the ensuing melee, Abdulai reportedly bit the testicles of Boakye, leaving him with life-threatening injuries.

He was rushed to the Tafo Government Hospital where he was instantly operated on, the police report say.