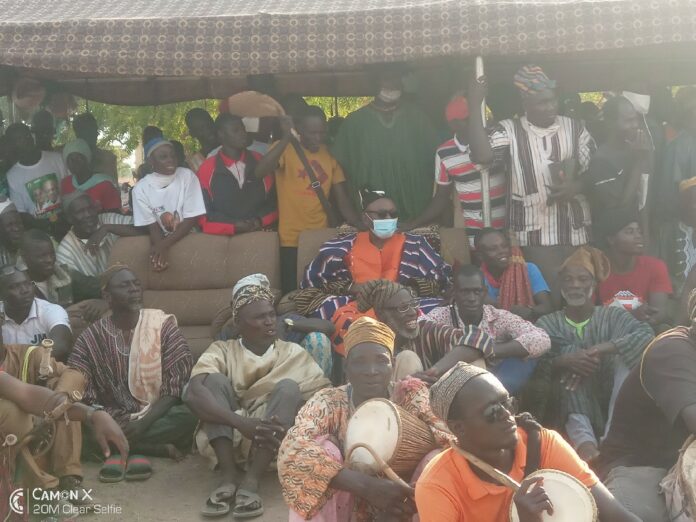 A visibly elated Tamaligu Naa offered his blessings to Mr Mahama, who paid a courtesy call on him at his Palace in Tamaligu in the Kariga Constituency of the Northern Region. The Chief prayed for Mr Mahama and asked God to crown his campaign with success.

Naa Yakubu Andani Abdulai, who noted that no Presidential Candidate or sitting President had ever visited his Kingdom, urged Mr Mahama to visit his Kingdom again when he is elected as President in the December 7, 2020 presidential election.

“I am very happy to welcome you to my Palace and thank you for the visit,” the Chief said.

He intimated that at the appropriate time, when Mr Mahama becomes President, he would on behalf of his people present their requests to him.

For his part, Mr Mahama said the next NDC government would establish a small town water project for the people of Tamaligu, adding when Ghanaians give him the mandate on December 7, he would build a Senior High School in the Kariga Constituency.

He said the next NDC Government would establish Farmers’ Mechanisation Centres in all farming districts of the country, as part of efforts to boost the productivity of the nation’s farmers.

Mr Mahama explained that in every farming district in the country, they would open a Farmers’ Mechanisation Centre and all interested farmers in the district would have to go and register with the Centre, adding that each Centre would have a minimum of 15 tractors and other implements to assist farmers in their activities.

Mr Mahama said when the farming season begins, registered farmers would be able to access the services of the Centre. He said the farmers would pay a token amount for the Centre’s services after they had harvested and sold their crops.

“You don’t need to immediately pay for the Centre’s services. What you do is, they will record the cost down and when you finish harvesting you crops, you sell them and then you
pay for the cost.”