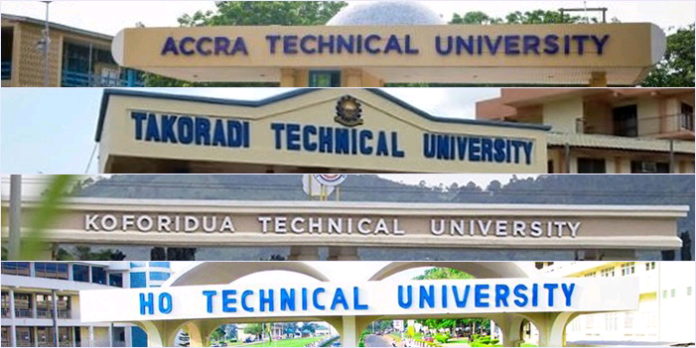 The leadership of the Technical Universities Teachers Association of Ghana (TUTAG), says its members will go ahead with the planned strike beginning today, Monday, June 14, 2021, despite a directive from the National Labour Commission to call off the strike and come to the negotiation table on Wednesday.

The Association is protesting among other things poor conditions of service and the frustrations the technical Universities encounter in getting accreditation for academic programmes.

Speaking to Citi News, the National President of TUTAG, Dr. Michael Akurugu, said the strike is in force pending the meeting with the Labour Commission.

According to him, the decision was taken at their congress and cannot be reversed by one person.

“We only received an invitation to attend a meeting on Wednesday in which it indicated that it heard that we are going to embark on a strike effective Monday, June 14, 2021, and that we should refrain from it. Declaring a strike or calling off a strike takes a whole process.”

“It is a congress decision for us to go on strike, and so we are going to meet the NLC on Wednesday and listen to what they have to say, but for now nothing is going to change until we know what the NLC has for us.”

The National Labour Commission (NLC), had earlier instructed the TUTAG, to suspend the intended strike and appear before it on Wednesday, June 16, 2021.

The NLC in a statement signed by its Executive Secretary, Ofosu Asamoah, said TUTAG has not exhausted due process. It, therefore, asked the union to abort its intention.

“The National Labour Commission in the exercise of its powers under Section 139 (4) of Act 651 wishes to draw the attention of the Leadership of TUTAG to Sections 159 and 16 of Act 651 which provides grounds and the process for the declaration of a strike and hereby advises TUTAG to refrain from any/or all intended industrial action.”

“We are by this letter inviting all the parties to appear before the Commission on Wednesday, June 16, 2021, at 3:00 pm for a hearing of the issues in dispute.”