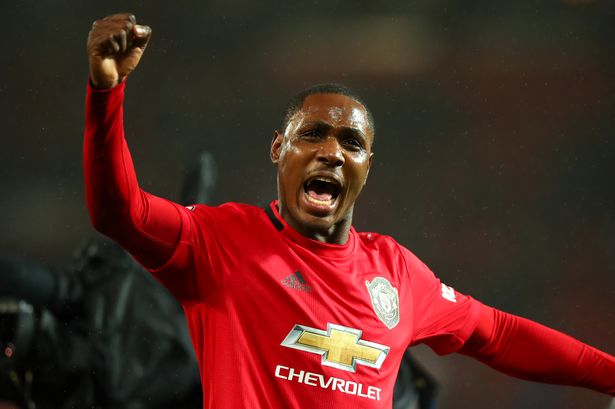 When, at the end of January, Odion Ighalo packed up from China to fulfil his dream of playing for Manchester United – with the watching world wowed — the coronavirus disease (COVID-19) outbreak was still largely a Chinese problem.

Today, it is a global pandemic, and one that — for a little while, at least — might well have been Ighalo’s, too. His time at Old Trafford was never supposed to be lengthy, but the loan deal’s original four-month duration seemed condensed into 25 days, with COVID-19 shaving off what was left of it. United sought to extend the deal, but Shanghai Shenhua — Ighalo’s parent club — initially weren’t having any of it. And, yet, even if it ended on that note, Ighalo would have said a fine — albeit premature — goodbye in what, only days ago, felt like his final game in United’s black red.

The Red Devils haven’t played since March 12 — indeed, not many European clubs have — but their Uefa Europa League visit to LASK’s Linzer Stadion, the club’s latest outing this season, remains memorable — at least for Ighalo, who put in, arguably, his best shift yet as a United player. A delightful opener — United’s Goal of the Month for March, in fact — and an assist for Daniel James placed United in control, before Ighalo came off on 85 minutes and Ole Gunnar Solskjaer’s side rounded off a 5-0 cushion ahead of a second leg due a week — now forever — away.

In a fuller stadium — maybe at Old Trafford — it was the sort of performance that would have earned Ighalo a standing ovation. With his stay at United now stretched to January 2021 — a whole year since he first arrived — there would be more opportunities for Ighalo to receive all that applause.

“It’s been a dream for him and hopefully he can finish what he started and win a trophy with us,” Solskjaer recently said in a MUTV Group Chat, days before Ighalo’s extended stay was announced.

Ighalo would have a fair crack at doing so, with United in pursuit of silverware in the Europa League and FA Cup. He has excelled thus far in those competitions, where all his goals have come, and Ighalo could expect that run to continue.

He hasn’t had many Premier League starts, even though his performances on other fronts certainly call for more regular involvement in top-flight action, where he has played minutes that add up to less than half the length of a football game. Even that shallow pool of appearances is likely to dry up some more, however, with Marcus Rashford — whose mid-season injury necessitated the Nigerian’s signing — returning, but Ighalo won’t be overly bothered.

Regardless of when/how his Mancunian adventures end, the 30-year-old wouldn’t mind. Winning with United isn’t the dream; playing for them is. And, right now, he has six more months of that left.