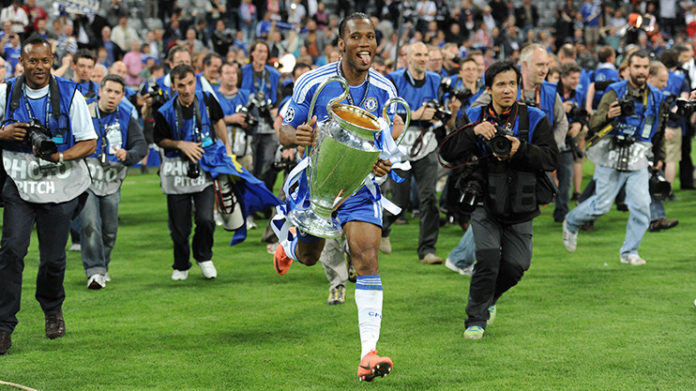 In nearly every sense, Didier Drogba owned the 2011/12 Uefa Champions League final. His late headed goal stretched the duel with ‘hosts’ Bayern Munich beyond regulation time, and it was his match-winning penalty that took ol’ Big Ears to London for the first time.

In the years that have followed, no African has bossed European club football’s biggest game in the manner Drogba did on that night in May 2012. And, as Chelsea fans would testify, no African footballer has been of Drogba-esque value to the Blues ever since, despite quite a few being brought to Stamford Bridge.

Most — think Mohamed Salah, Christian Atsu, Baba Rahman, and Kenneth Omeruo — have been big misses; others, like Demba Ba, Samuel Eto’o Fils, and Victor Moses have proved too irrelevant or too inconsistent to be remembered too fondly.

Times have changed, haven’t they?

Of England’s biggest clubs, it is Chelsea whose successes have had the greatest African flavour this century. The final mentioned at the outset, for instance, featured three Africans — Salomon Kalou and John Obi Mikel the others — with another, Michael Essien, on the bench.

Those four, alongside Drogba, were prominent in the more successful early years of the Roman Abramovich era, but Chelsea’s pool of African influence has dried out; that luxury, abundant elsewhere in England, is Liverpool’s to savor in the continued brilliance of Sadio Mane and Chelsea flop Salah.

When Chelsea faced Bayern last night for the first time in the Champions League since their decisive clash eight years ago, Frank Lampard had no player of an African nationality in his matchday squad, and same would be true of the reverse in Bavaria three weeks later. The summer arrival from Ajax Amsterdam of Hakim Ziyech could fix some of that, but would the Moroccan genius carry Chelsea to the heights Drogba — or even Essien — reached all those years ago?