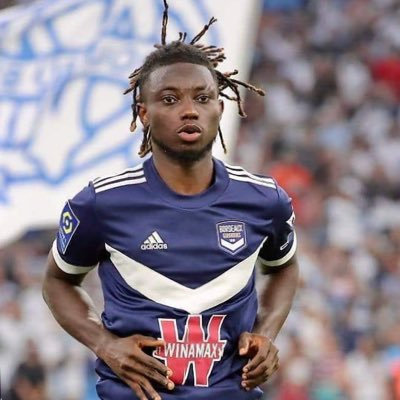 Ghana defender Gideon Mensah has described playing in the Frence Ligue 1 for Girondins Bordeaux as the toughest league he has played so far in his football career.

The former West African Football Academy (WAFA) SC graduate played the entire 2021-22 season in the French top-flight as his side got relegated.

“The French league is the toughest one I’ve played in in my career so far and it has been a good learning experience playing against world class players,” he told Asaase FM in Accra.

“I would love to play in the Spanish and/or English Premier League. I am a very aggressive player and these two leagues I think will fit my style of play,” he added.

The former WAFA player has been a regular for the Black Stars under Otto Addo and hopes to make it to the World Cup in Qatar later this year.

“My Ghana Black Stars journey has not been easy because we went to the AFCON and I had not played a single game but to have the trust from the new coach has been great for me,” said the left-back.

“When I was called on for the Nigeria game I was proud but more importantly, I wanted to vindicate the coach’s trust in me and prove why I was in the team.”

Mensah played 23 Ligue 1 games for Bordeaux last season but leaves at the end of his loan spell.

However, with chances of regular football limited in Austria, the 23-year-old would be hoping to make a move elsewhere, with England and Spain on top of his wishlist.