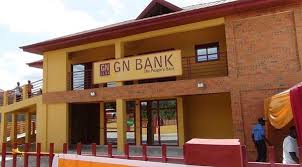 In 1997, we set out to invest and develop “the People’s Bank”. After nine years of planning, preparation and interactions with the Bank of Ghana (BOG), First National Savings & Loans Company Limited was granted a license to open for business in May of 2006. A number of local companies and people were rejected as potential shareholders. Eventually, our company, Coconut Grove Hotels became the major shareholder, later to be joined by others. The required Capital was paid in and verified by the BOG.

Our idea which become a passionate mission was to go where other people wouldn’t go, to the major market centers and towns in every region of the country and offer safe banking to the ordinary person. Especially with the frequent news report of armed robberies on our roads, we wanted to provide a safe haven for the ordinary person’s money. We felt that we would make a contribution to assist Ghanaians to develop the much needed savings culture. We were particularly concerned about the unbanked. So, financial inclusion was the key reason for wanting to have a national, retail scope to our business. After a few years, we were proven right. The unbanked numbers went down from a high of 85% of the population to 55%.
We started with SuSu like products and gave millions of Cedis to micro scale enterprises to trade and work with. There are thousands of business people today who owe their beginning to the small loans they took from First National. Included in this number are tens of local contractors who were helped to secure and execute GetFund, cocoa roads and Road Fund contracts with backing from First National.

We persisted with our mission of financial inclusion which is now the financial mantra of all developing countries, from India, Bangladesh, South Africa, Kenya and lately Nigeria. We came up with products such as “Wo Daakye”, which made it possible to open accounts with as little as 50 pesewas and earn interest every six months.

In an unprecedented move, we offered a savings account that paid 9% interest plus a life insurance cover of GHS1,000 and this became a very popular product. We believed in low margins and higher volumes. We developed the concept of Mobile Bankers, young men and women trained and equipped with Point of Sale devices to go to farms, markets, shops, schools, etc to collect deposits. Our Mobile Money product gained popularity, which made it easier for the numerous unbanked who do not have time to go to the bank, get Banking services.

We developed a five year strategy to be in 300 locations with one million customers. We designed “Money Stores”, “Express” buildings and constructed them. We teamed up with a George Soros company that contributed capital, to make this happen so as not to fall on depositor funds. The huge investment of funds, energy and sweat was paid for by shareholders and was completed in July 2018. At our peak, we employed over 2,000 people, mostly very young men and women. Together with security guards and other service providers, our numbers exceeded 3,000. Our customer base exceeded 1.2 million. We made it possible for small businesses in places such as Widana, Djemeni, Kwame Danso, Walewale, Pusiga, Tumu, Paga, Debiso, Tuobodom, Anloga and many, many other towns other licensed financial institutions wouldn’t go.

It is safe to say that we achieved unprecedented success. Not even those who have been in the banking business for decades have achieved these feats. We exceeded the target of one million customers and were ready to boost our business and move to the next level.
Then, the crisis in the financial system hit in August of 2018. Prior to that, we were a very, highly liquid bank with a low non performing loan portfolio. Our customers were happy with GN Bank, the People’s Bank.

The perhaps unintended consequences of the reforms in the investment and banking system became our tsunami. On one side, a sister company, Gold Coast Fund Management experienced unprecedented redemption of investments; and on the other, panic withdrawals hit us in every one of the 300 banking locations. We suffered what every deposit taking institution would go through with such multiple source attack. We cried for help from those in authority. We pleaded with government agencies, BOG and central government to assist us to retrieve receivables from government contracts. Strangely, we were rather blamed for financing government infrastructure projects. No one was interested in assisting with the calming of customer fears and anxieties. Rather, the question we got was, “what’s wrong with you, what have you done wrong?” Our ambition to build a national retail banking business stretching from …. to Djemeni, Kwame Danso, Twifo Praso, Wulensi, Pusiga, Nandom, etc., to support national development had become to some, too big for a Ghanaian investor to take on. Even a $20 million facility with the Overseas Private Investment Corporation( OPIC) which we had been negotiating for 3 years to support our expansion could not be disbursed due to the crisis.

We recall appropriate quotations from American President Theodore Roosevelt: “It is not the critic who counts; not the man who points out how the strong man stumbles, or where the doer of deeds could have done them better. The credit belongs to the man who is actually in the arena, whose face is marred by dust and sweat and blood; who strives valiantly; who errs, who comes short again and again, because there is no effort without error and shortcoming; but who does actually strive to do the deeds; who knows great enthusiasms, the great devotions; who spends himself in a worthy cause; who at the best knows in the end the triumph of high achievement, and who at the worst, if he fails, at least fails while daring greatly, so that his place shall never be with those cold and timid souls who neither know victory nor defeat.

The customers we planned for years and invested millions to get close to, in their panic, became desperate and aggressively came for their deposits. No deposit taking financial institution in this world can stand if all its customers showed up one day to collect their deposits. We became toxic in a few months. A “friend” had become an “enemy”.

The wrong we did?

Today, GN Savings with all of its challenges, has more assets than liabilities. It is not in our place to question the policies of a regulator. We are in court because we had no other opportunity to be heard by an independent person/entity and also the authorities suggested using the judiciary system to challenge the decisions and narrative put in the public realm by the Bank of Ghana.
.
Again, Roosevelt: “Nothing in the world is worth having or worth doing unless it means effort, pain, difficulty… I have never in my life envied a human being who led an easy life. I have envied a great many people who led difficult lives and led them well.