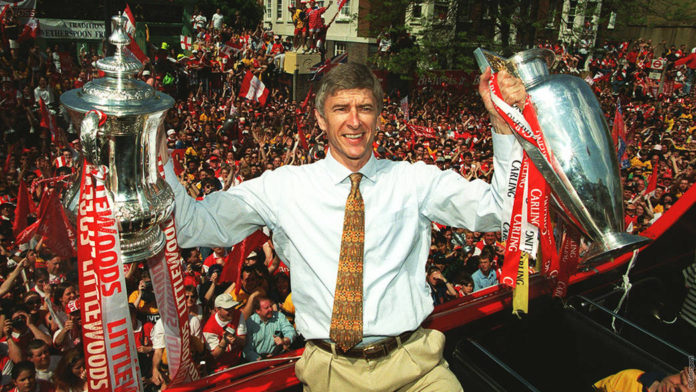 If it helps, though, Daily Mail GH has compiled videos on your favorite European clubs that should help cheer you up until the novel coronavirus disease (COVID-19) pandemic eases its grip, the stay-at-home order is lifted, and football returns. Today, it’s the turn of England’s Arsenal.

The recent failure of Jurgen Klopp’s Liverpool, and of Pep Guardiola’s Manchester City, to go an entire Premier League season unbeaten — despite their blinding brilliance — highlights, ever more astoundingly, the greatness of Arsenal’s ‘Invincibles’ that triumphed unscathed in the 2003/04 season. Mentality played a huge part in that feat, but near-perfect tactics — remember when Arsene Wenger seemed to get it all right? — was key. Here’s how that spectacular run of indomitableness was plotted.

2. THE ONES THAT GOT AWAY

Surely, you’ve heard all about the many signings that Arsenal almost made when Wenger was boss. Quite a few were closer-than-almost, however, and this video explains just how each of those fell through. Let’s just say you’d be a little surprised.

Tony Adams was already a classy centre-back before Wenger took charge of Arsenal in 1996, but his career might not have stretched much longer. From battling overcoming alcoholism to winning Doubles and a managerial spell that’s, at best, a footnote in the former England skipper’s story, here is a summary of one of sport’s most gripping biographies.

Arsenal’s Emirates Stadium has had a good number of visitors since opening up its gates to the world in 2006, but one guest’s trip proved much longer and more perilous than most. Ahmad Al-Rashid’s refuge-seeking flight from his native Syria’s bloody civil war — via Iraq, Turkey, Greece, and France — culminated in encounters with some of his beloved club’s biggest figures, and makes for quite compelling reading viewing.

You’ve seen what amazing things Alexandre Lacazette and Pierre-Emerick Aubameyang can achieve together in a penalty box, but just how well does their telepathy work in, er, a press box? The pair ran joint commentary on Arsenal’s 4-2 victory over Tottenham Hotspur in December 2018, a game that saw the attacking pair plunder three goals between them.