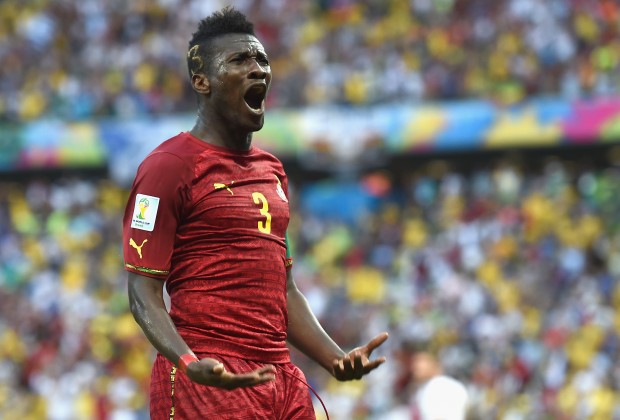 And then the telephone rang.

Roger — surnamed Milla — picked up, instantly recognizing the voice at the other end. Paul Biya it was — president of Cameroon, the country he had long retired from representing after years of distinguished service.

Biya — serving the eighth of what is now nearly 37 years in office — had a request that seemed utterly ridiculous: a reunion of the footballer with the Cameroonian national team. Réunion-based Milla was already aged 38 and, in anyone’s books, a spent force. Who would want him in a Cameroon shirt — and at a Fifa World Cup, of all platforms?

Apparently, the president did, and Milla could only heed, even if just out of regard for the former’s office — of course, we do know how that turned out at Italy 1990, don’t we?

In the last few hours, Asamoah Gyan, the man who overtook Milla at Brazil 2014 as Africa’s top-scorer in Mundial history, has found himself in an identical situation — and he has responded just as Milla did. Gyan, though, had been retired for a much shorter period than Milla — a little over a day, in fact — yet, despite circumstances also differing, there could be a similar climax to this drama.

Only last Monday did Gyan release a press statement that announced a decision to end 16 years of national duty. The tone of the letter suggested he’d been pushed — I think not, though — to the periphery by head coach Kwesi Appiah’s wish to pass Gyan’s skipper’s band on to another in exchange for a promotion ‘demotion’ to a general captaincy role. So out of the door he walked, seemingly for good; cue a Biya-esque intervention by the sitting Ghanaian head of state.

“A presidential request is one that cannot be disregarded,” Gyan said in a new statement, published on Wednesday.

“I have taken the request of His Excellency Nana Addo Dankwa Akufo-Addo in good faith, and will make myself available for selection by coach Kwasi Appiah.”

A presidential request is one that cannot be disregarded.

I have taken the request of His Excellency Nana Addo Dankwa Akufo-Addo in good faith, and will make myself available for selection by coach Kwasi Appiah to help win the AFCON trophy @AnimSammy @PrinxRandy @BaffourGyan4 pic.twitter.com/WSlHZrjWrd

So Gyan is back, a fact cemented by his inclusion in the 29-man squad invited provisionally for the 2019 Africa Cup of Nations. He will make the cut – you can count on that – and he will be in Egypt.

The effect of Gyan’s presence in a supposedly fractured camp as the Black Stars warm up to end a 37-year hunt for Afcon glory is yet uncertain — Daily Mail GH’s writers would debate that in a soon-to-be-published piece — but Ghanaians can only hope for the sort of fairytale that Cameroon enjoyed on the global stage just under three decades ago: that of a 30-something-year-old, dance-loving, record-breaking, back-from-the-dead striker starring as his country’s wildest dreams are realized.