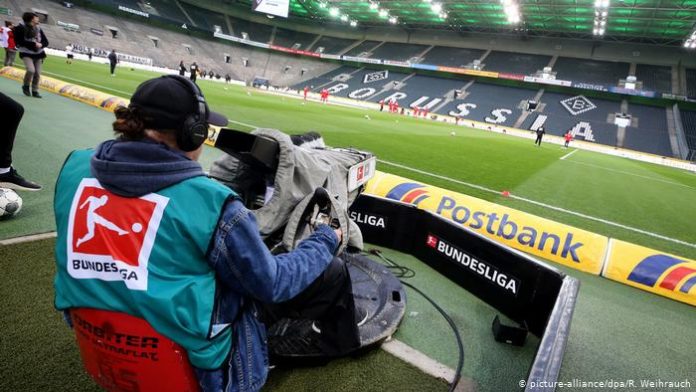 The novel coronavirus disease (COVID-19) pandemic is likely here to stay, as you might have heard an official of the embattled World Health Organization (WHO) concede a fortnight ago.

“This virus may become just another endemic virus in our communities and this virus may never go away,” said Michael Ryan, the WHO’s emergencies director, in Geneva.

Now, to the good news: we’d get through this or, at least, live fairly fine with it — and football is boldly showing the way.

The sport’s biggest leagues are rubbing their eyes open, one after another, months after going to sleep in response to the ongoing global health crisis. Not everyone agrees — not even all footballers, with Premier League stars Danny Rose and Troy Deeney particularly dissenting — and these, not entirely without reason, zealously wave the ‘too early’ flag.

Theirs is a pretty sound argument, really, if health is of paramount importance to you (as it should be, of course) — and if, indeed, you are of the persuasion that football matters not only less than health, but than all else. Opinions like those, to be fair, are fine. After all, there are people to whom a ‘crazy’ German running down the touchline in tracksuit means nothing; people to whom the Premier League means no more than the Championship.

But, you see, there are many to whom a weekend without the sight of that ‘crazy’ German feels like a rather weak end to a long week; people for whom another year spent playing lower-tier football is only one more year of pain and ridicule.

It’s hard to convince such folks – billions of them around the world, in fact — that football, on which their joys and sorrows swing, isn’t of considerable essence. For these, life sans football is as empty as life sans anything else. Also worth mentioning is the fact that football — at its highest level, anyway — has continued to provide sustenance for many, playing and non-playing staff alike (albeit with inevitable adjustments in some cases), even at a time when its wheels have ground to a halt and other industries are closing down.

And football is proving essential in still another way, when viewed in the context of COVID-19. The outlook remains grim, with the toll of casualties rising by the day, but those seeking rays of hope — some semblance of normalcy, at least — would find more of it in football than elsewhere.

Leagues in some of the worst-hit European countries are crawling out of hibernation; it’s been three matchdays since Germany’s Bundesliga reopened for business, with Spain, Italy, and England setting June return dates. Even so, there is no foolhardiness here, and football is treading as cautiously as circumstances allow. It’s why steps have been taken to protect players and managers — to the extent possible — and fans — to the fullest extent — with teams playing in empty stadia.

Yet, even with those precautionary measures and all the distance, inspiration from football — on living with, and beyond, COVID-19 — is seeping through to its own, and to everyone else.

Really, what could be more essential right now?

LIFE AFTER COVID-19: Five Things That Could Change