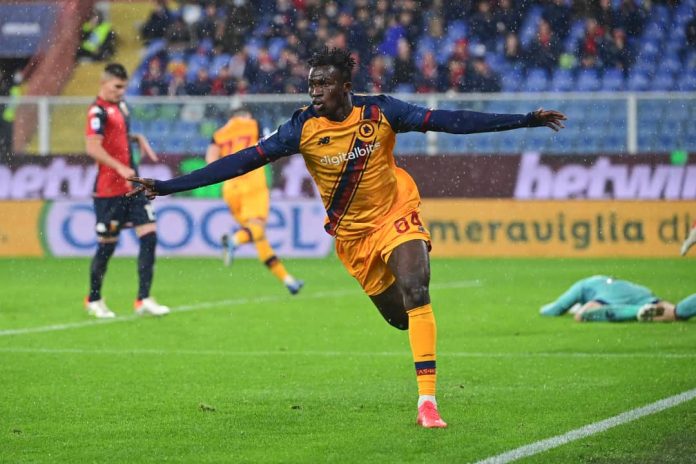 The former Chelsea and Inter Milan tactician disclosed that Afena-Gyan was constantly mocked by his teammates for coming around with fake trainers all the time.

According to him that forced him to strike deal with the youngster by promising to get him his adored sneakers if he scores in the Serie A.

Just a week after making his debut against Cagliari in November last year, the 19-year-old hogged the headlines with his stupendous strikes against Genoa.

The Portuguese gaffer honoured his promise by getting him the pair of sneakers, but revealed that the actions of his teammates propelled him to get Afena-Gyan the shoes.

“He was there, he didn’t have a contract and he was coming all the time with fake trainers and all the guys there were having fun with him,” Mourinho told BT Sports.

“The moment he came here and the moment he scored a winning goal, I had to say: Felix, it’s time for the guys to stop bullying you, so let’s buy a proper pair of shoes,” he added.

“Now he signs a contract, he goes to Ghana national team and he has fun with the other guys because the other guys are not going to the World Cup, but he is. So in this moment things are changing.”

The Ghanaian has not been consistent for the Red and Yellows in the latter part of the season as the season was getting to a close.

The youngster played in both games against the Super Eagles of Nigeria in the 2022 World Cup playoff in March this year in Kumasi and Abuja respectively.

One year on: NDC demands justice for murdered chairman in Upper...