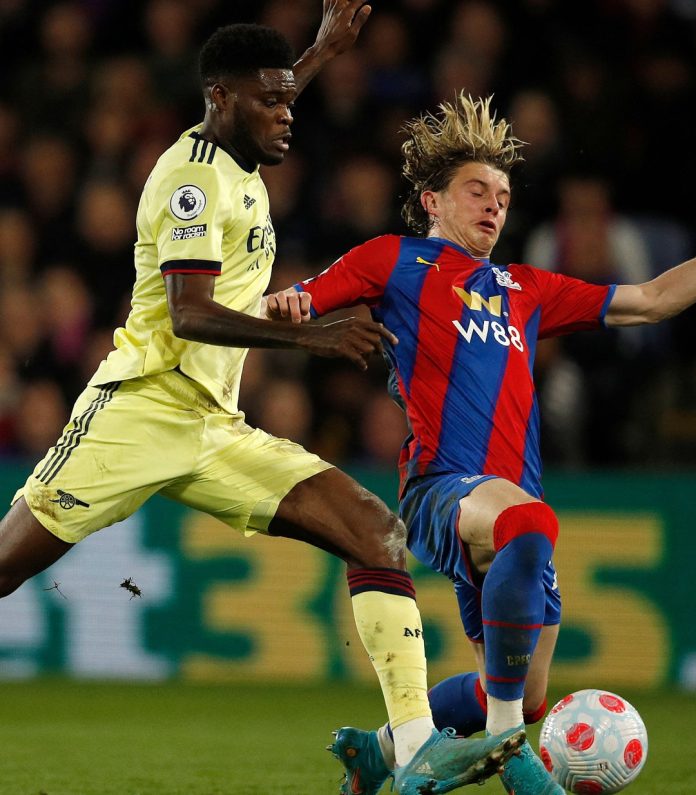 Partey, who is a deputy Ghana captain could not replicate his recent dazzling displays for the Gunners in their 3-0 defeat in the English Premier League.

He hhad a bad day at the office and was barely in his element as the Gunners missed a big chance to stretch their points over other top four contenders.

His ppassing was off and gave away the ball in the middle of the field on so many occasions which put his team under intense pressure.

Former Bundesliga team Mainz 05 striker, Jean-Philippe Mateta opened the scoring in the first half after just 16 minutes to a close range header to make it 1-0.

Jordan Ayew added the second goal for the home team with a superlative strike at the edge of the box into the bottom left corner to make it 2-0 at the break.

Ivorian, Wilfred Zaha added the icing to the cake goal when he converted a penalty he earned by himself to make it 3-0.

Thomas Partey pulled up in the build up to the penalty with what looks like a thigh or a hamstring injury and was substituted right away by Mikkel Arteta.

The extent of his injury is currently on known but could be a major blow to the Gunners who are chasing a champions league slot.